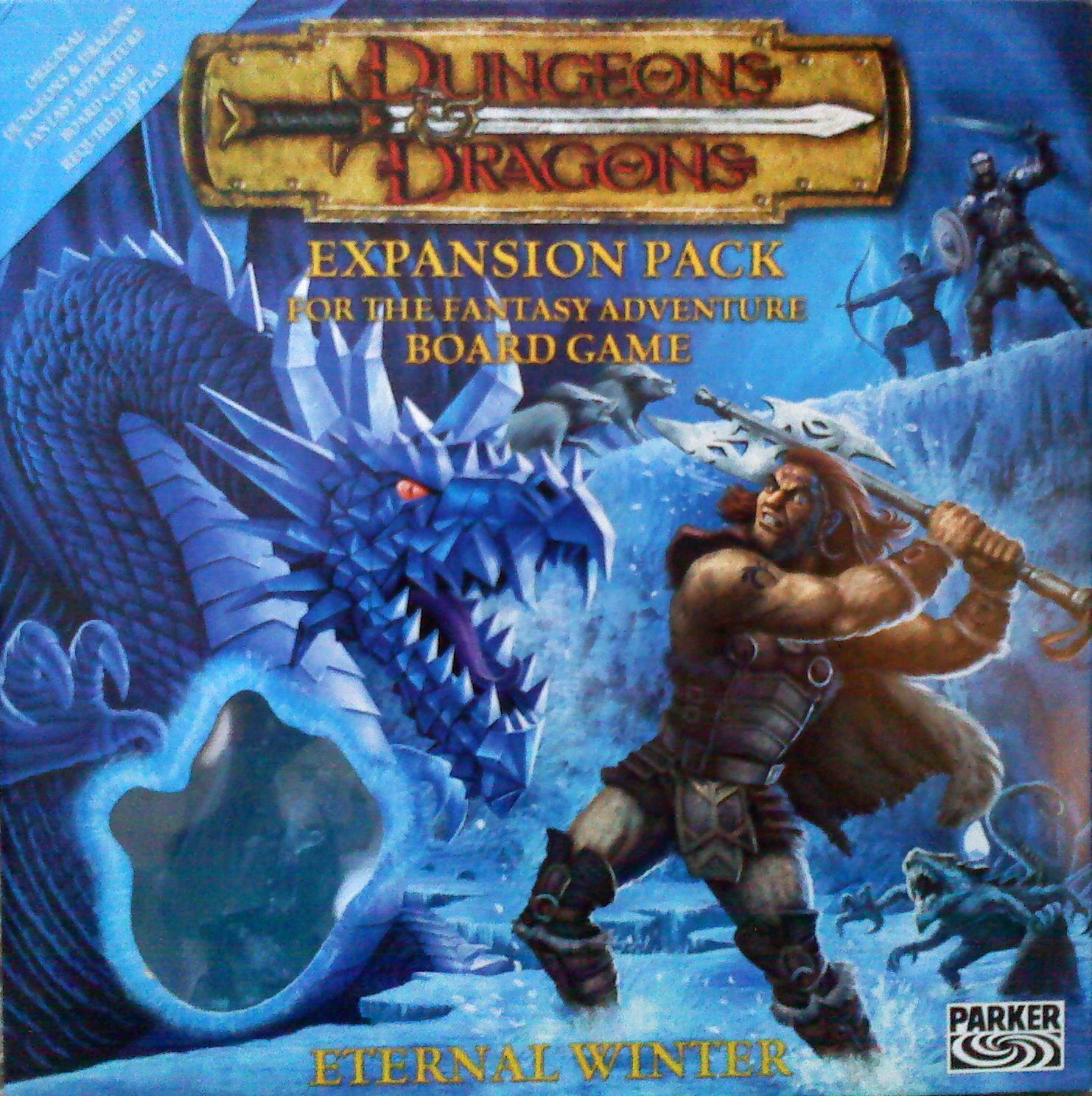 Transcript of Advertisement inserted into a copy of the basegame. ETERNAL WINTER Adventure Pack This Expansion Set Features: - 6 new Level 3 adventures - A 3D ice tower, adding an extra dimension to the gameplay - A new Barbarian hero figure - 8 new Monsters, including Ice Dragon - Roaming Monsters, who materialize in the wilderness, hungry to attack - Wintry weapons and spells -- and flight action! The battle continues in the frozen winter wastelands. Here, vicious creatures roam the icy landscape, hunting for unprotected prey. A new Hero - a mighty barbarian - has joined the faithful band in their quest to rescue a kidnapped Prince from the claws of a fierce and covetous dragon. The Prince, the last living soul to know the location of his ancient lost city, is held captive by the dragon in an attempt to force him to surrender his secret. Can the Heroes defeat the evil dragon in this bitter, icy realm? Or will the beast prevail and pillage the legendary city of its unimaginable riches? Are you brave enough to enter the icy wilderness of Dungeons & Dragons? 2 - 5 players, Ages 10 and up