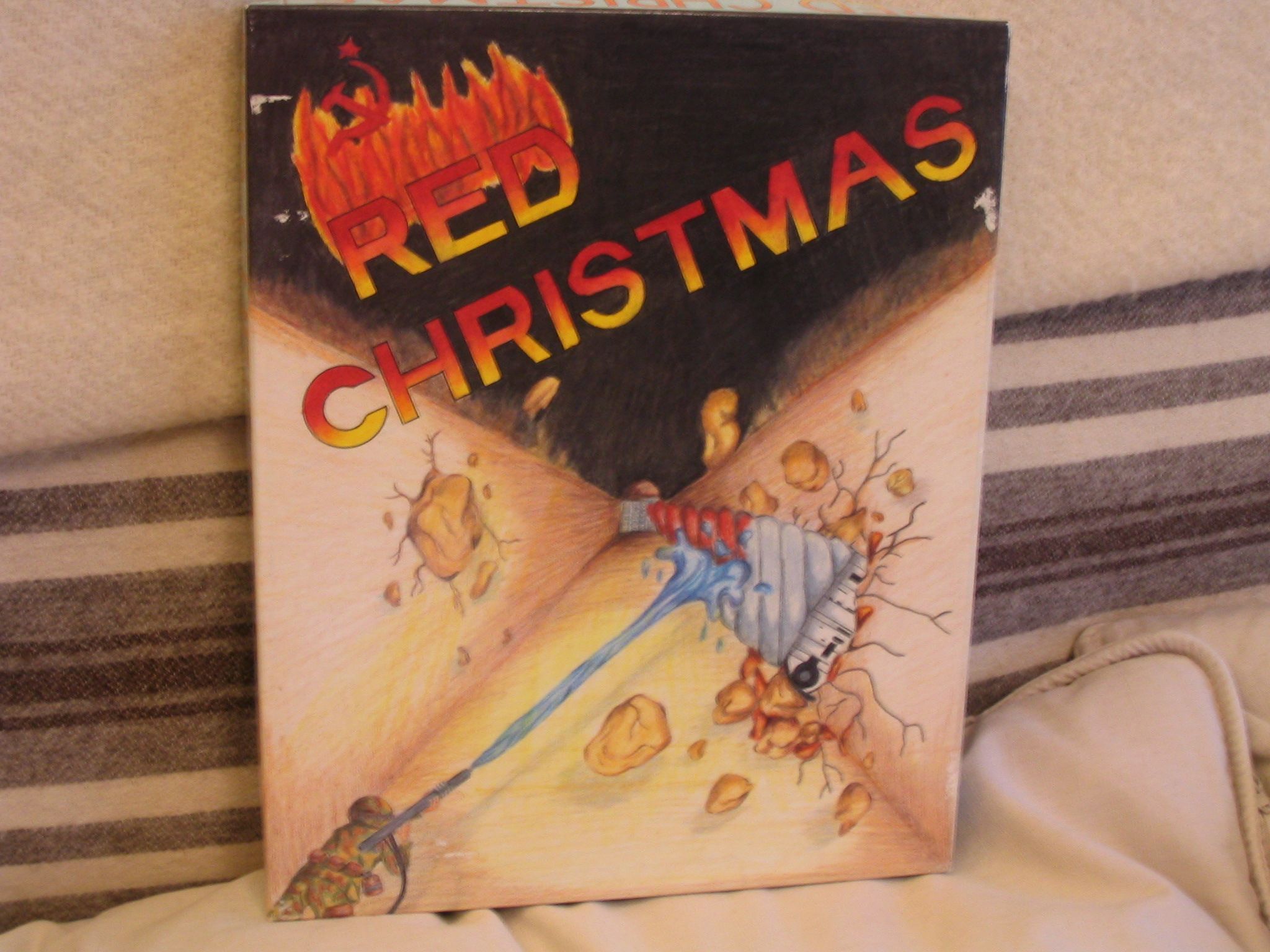 From the Back cover of the game: Given a small but desperate force and the knowledge that America's future is on the line, can you maintain control of the underground Cheyenne Mountain Air Force Base long enough for a relief force to arrive from Ft. Carson? If not, it might just be a ... Red Christmas!!! In Red Christmas, the Russian player starts the game with a fixed strength force composed of Regular Army and elite Spetsnaz troops. The Spetsnatz troops are ready to use their nuclear moles to get behind the blast doors and into the core of the complex. The Regular Army units make up a rearguard force that must stall a continuously growing American force approaching from nearby Ft. Carson. Inside the complex itself, a smaller American force anxiously awaits the arrival of the Russian nuclear moles. It's a race against time as the Russian forces try to get inside and secure the complex before the American relief force can save the day. This Zip-Lock game contains: A full color 22x34" mapsheet 352 back printed 5/8" counters 52 event cards A Play booklet An Order of Battle card A Cheyenne Mountain A.F.B. Fact Sheet Time scale: 10 minutes per game turn Unit scale: Squad level infantry, platoon level mechanized units Map scale: 1" = 75' ft. within the complex suitable for solitaire play