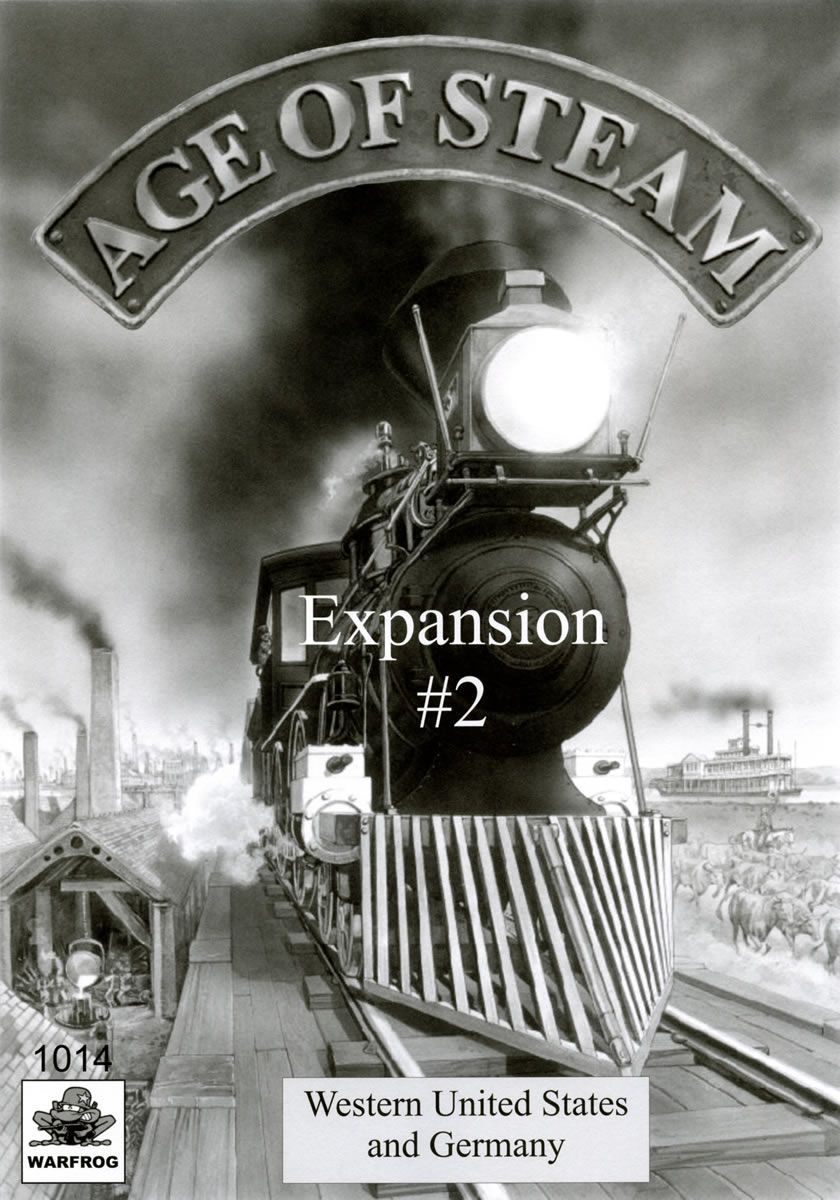 This Age of Steam expansion includes a double sided map with the Western US and Germany. As is the standard, each map introduces not only a unique layout, but new rules. Western US: - Special rules involving transcontinental networks - Towns start with goods cubes that are lost when the town is urbanized - new terrain: swamps Germany: - Berlin always receives a cube during production - Some hexes represent long distances and are expensive, so the engineer halves the cost of one piece of track rather than it's usual effect - Introduces Interurban links This Age of Steam expansion was originally published for Essen 2003 by Winsome Games limited Essen Set edition. Warfrog reprinted this expansion for Essen 2004. The Warfrog version of the Germany map has several errors, please see http://www.boardgamegeek.com/thread/28500 for the complete list of errors.