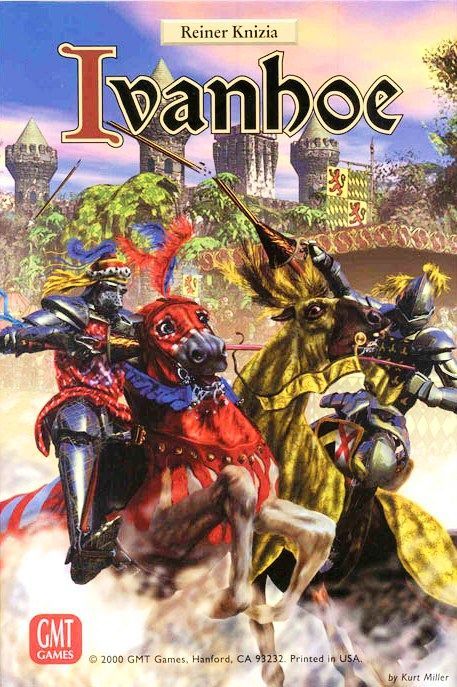 Take on the role of a knight and join the prestigious tournaments at the king's court. Use your cards to win the jousting competitions, and to fight with your sword, axe or morning-star. Rally your squires, gain the support of a maiden, and play action cards against your opponents. Clever use of action cards can change the type of tournament that is in progress. One card will 'unhorse' you, forcing everyone still in the jousting competition to switch to a weapon battle of the action card holder’s choice. Other actions cause you to drop whatever other weapon you are using and resort to hand-to-hand battles in which the player with the most cards- not the highest point total- will win a token. Depending on the number of players in the game, the first player to win four or five different tournaments becomes the overall victor. There is a lot more strategy involved in the game than first meets the eye. Re-implements: Attacke