Nobody is Perfect - Universal Statistics 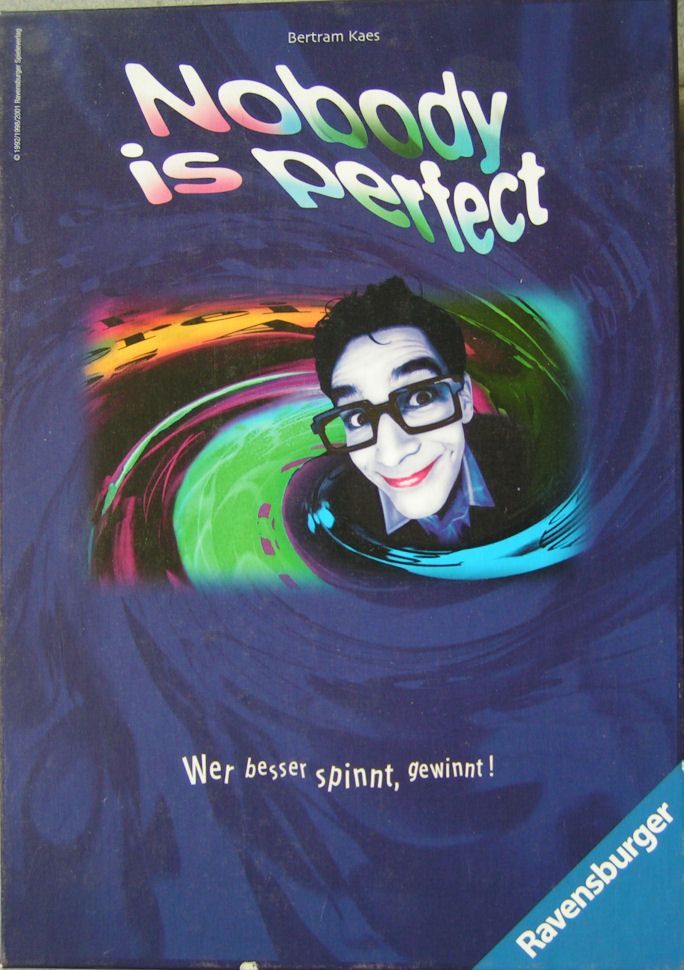 This is a party game. Each round the start player draws a card with a complicated word or technical term on it, with the meaning of that word given on the card as well, but only visible to himself. Everyone then invents an alternative meaning for that word and writes it down while the start players notes down the correct answer. He then presents all the explanations written down and asks everyone to choose between the answers. Each player then places a token on the answer they think is correct. All players who chose the correct answer score points. Players who made up explanations that the others found plausible enough to choose instead of the correct answer score even more points. The player who reaches the end of the track on the game board first wins. In older editions, there are also cards with pictures on them, but they work the same way as the word cards. Later editions replaced those cards with simple yes/no choices, and while the game initially only supported up to 6 players, more recent editions have increased the maximum number of players to 10.