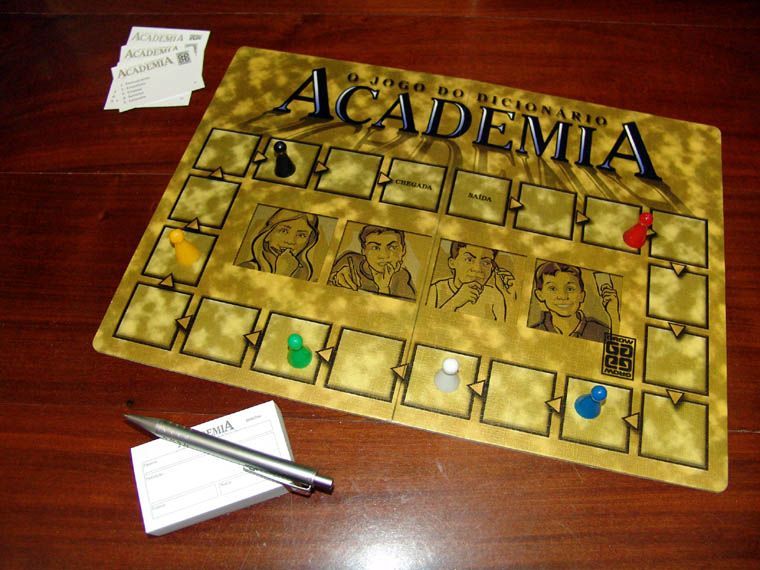 It's a bluffing game, about the meaning of unusual words. One player (the leader of the round) take a card from the pile (each card have some unusual words and the correct meaning of them), then he chooses a word and reads it aloud for the rest of the players. Each one of the players must write secretly a meaning for the word on a piece of paper. A player can write the correct meaning of the word if he knows it or write some wrong meaning in order to trick all the other players into thinking that this meaning is the correct one. After all players have written their papers, the leader reads aloud all of the definitions gave from the players adding the correct definition from the card. Then, each player vote on the definition he thinks is the correct, the votes are scored and the round ends.