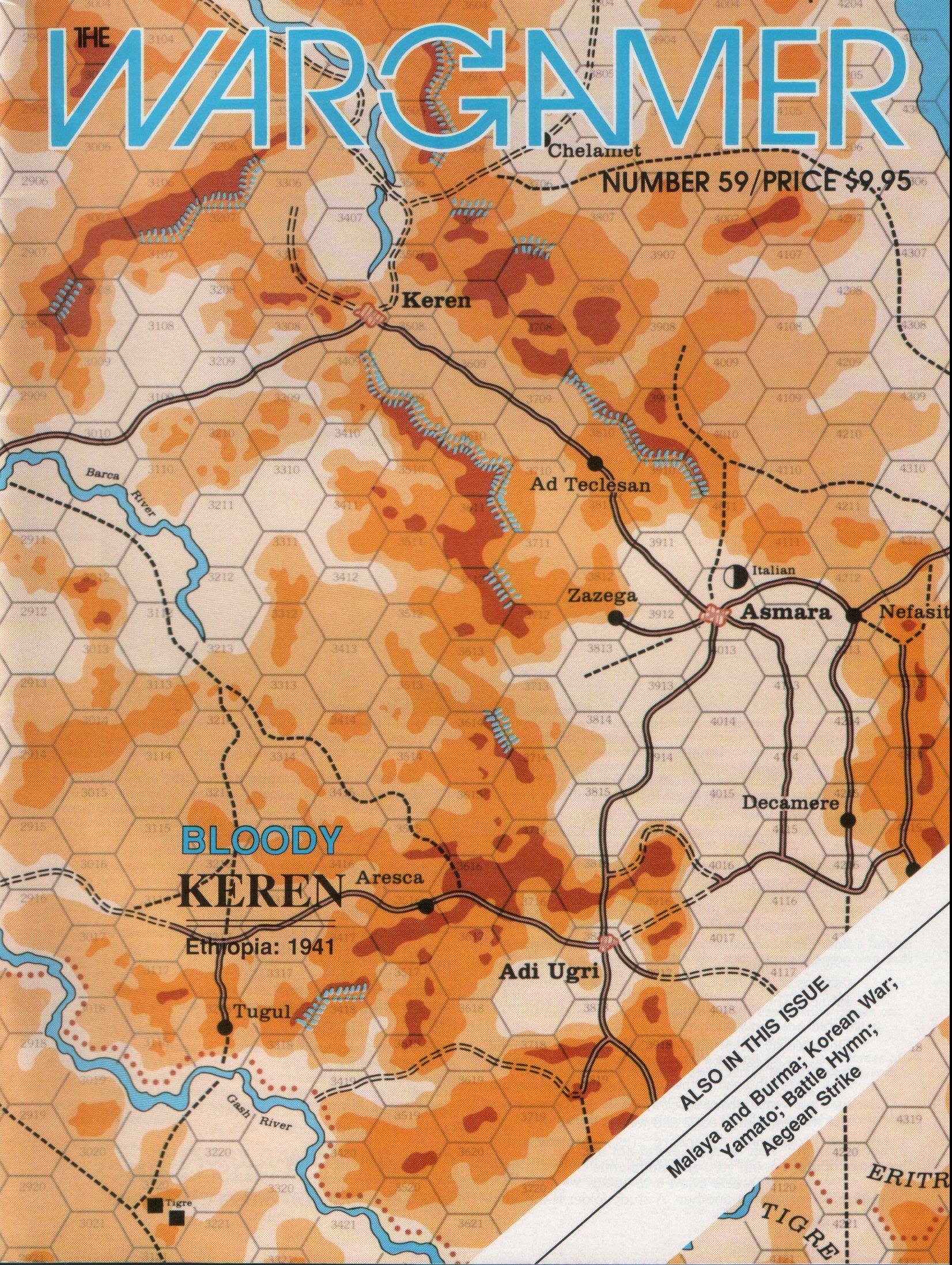 (from the rules:) "Bloody Keren is an operational level simulation game of the Allied invasion of Italian Eritrea and Ethiopia during World War 2. Although the war in Africa had begun earlier, this game covers the main Allied invasion which began January 19, 1941, and which did not conclude until the last Italian forces in East Africa surrendered in November 1941." The game uses 4-day turns and has a scale of almost 8 miles per hex. It commences January 19th 1941 and runs through April 8th.