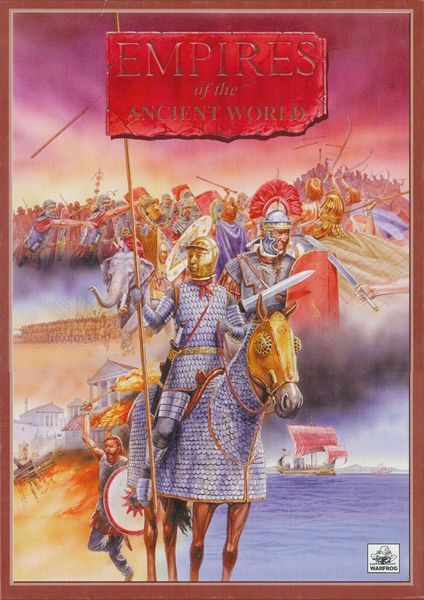 Going back to the age of Alexander the Great and Julius Caesar, you control the destiny of your empire--building armies, annexing neutral provinces, trading across the Mediterranean, and fighting battles. The heart of the game is its innovative card combat system. The full-color cards allow the use of pikes, swords, war bands, elephants, heavy cavalry, foot skirmishers, light horse, siege towers, artillery, and galleys. Special cards allow you to develop better military leaders, diplomats, traders, and engineers. However, winning the game is not just about having the largest empire. The player with the largest army will also lose the most victory points, so he had better use his forces well. If warfare is not to your taste then you can trade your way to victory, by having the largest trading empire.