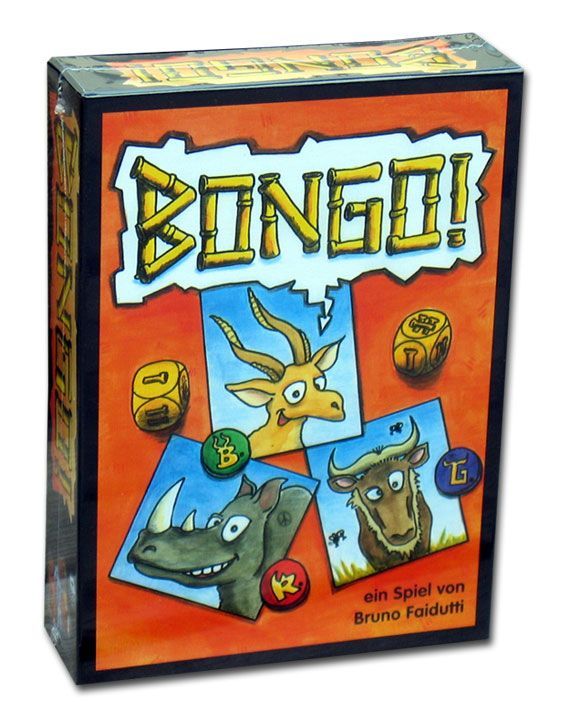 Roll the dice, and quickly be the first to identify the right animal! First, make sure you're looking for the right number from the two yellow dice. Second, look at the animal dice and find that number of animals among all of them. Are there more than one animal that match that number? Then call the third animal! If nothing matches the numbers, then call "Nothing"! Call the correct animal, and you win a token for that animal, but be careful not to call the wrong animal, because if you do, then you lose all tokens for that animal. Whoever is the first to collect two tokens for each animal wins the game! If the standard game isn't challenging enough for you, throw in the poacher dice to eliminate certain animals from the call. If that STILL isn't enough, then include the ranger die (included in the second, boxed edition of the game), which interacts with the poacher dice to further challenge your brain.