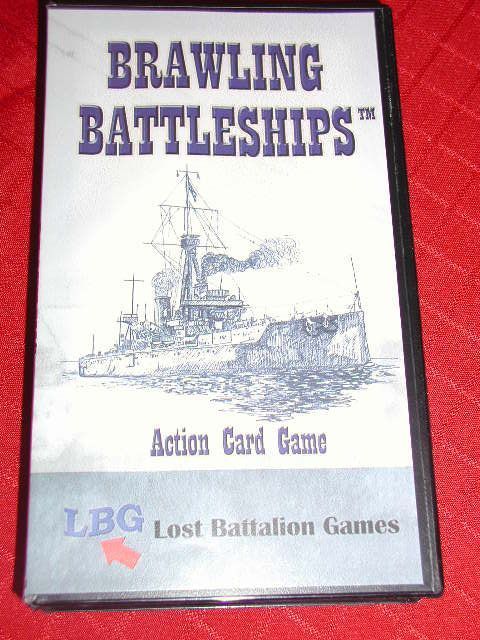 BRAWLING BATTLESHIPS is a game of luck and strategy that is based on World War One (1914 – 1918) surface naval combat, a period when all the great powers had mighty fleets of new steel ships with enormous guns. Two to six players each command a squadron of “dreadnought” battleships and battlecruisers. The victor is the player or side that scores the most victory points by “sinking” enemy vessels. Brawling Battleships™ is a fast paced card game that pits squadrons of dreadnought battleships against each other in a wild free for all fight. From two to six players can play individually or in teams. Points are scored for sinking the opponents dreadnoughts, but that is easier said than done amid duds, confusion, spies and mutinies. Now sold as BRAWLING BATTLESHIPS STEEL, a "deluxe" version of the game that includes: - 64 dreadnoughts (ship cards) - 128 action cards (including 64 Original game cards and 64 Expansion cards) And - 16 BONUS action cards