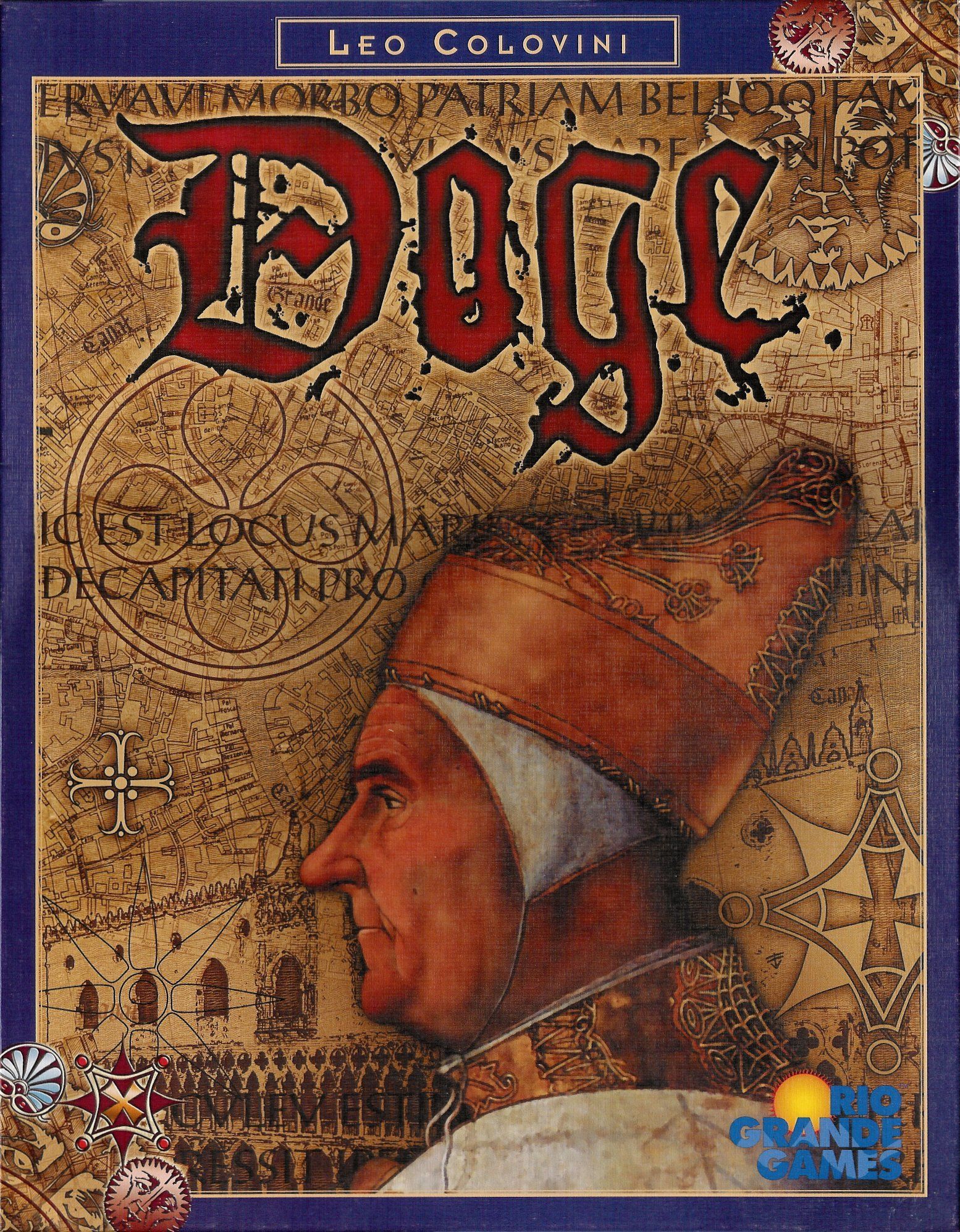 Three or four players try to gain the most influence by building palazzos in Venice. Influence is placed face-down into city sections. When all is placed, they are revealed in a predetermined order. Having the most influence in a section allows a player to build the most houses and also give control over the adviser for that section. The adviser can be placed somewhere else in the city and adds influence in a later vote. Houses can be traded for Palazzos, and the player with 6, 7 or 8 Palazzos in 6, 5 or 4 city sections is the winner. Part of the Goldsieber large box series