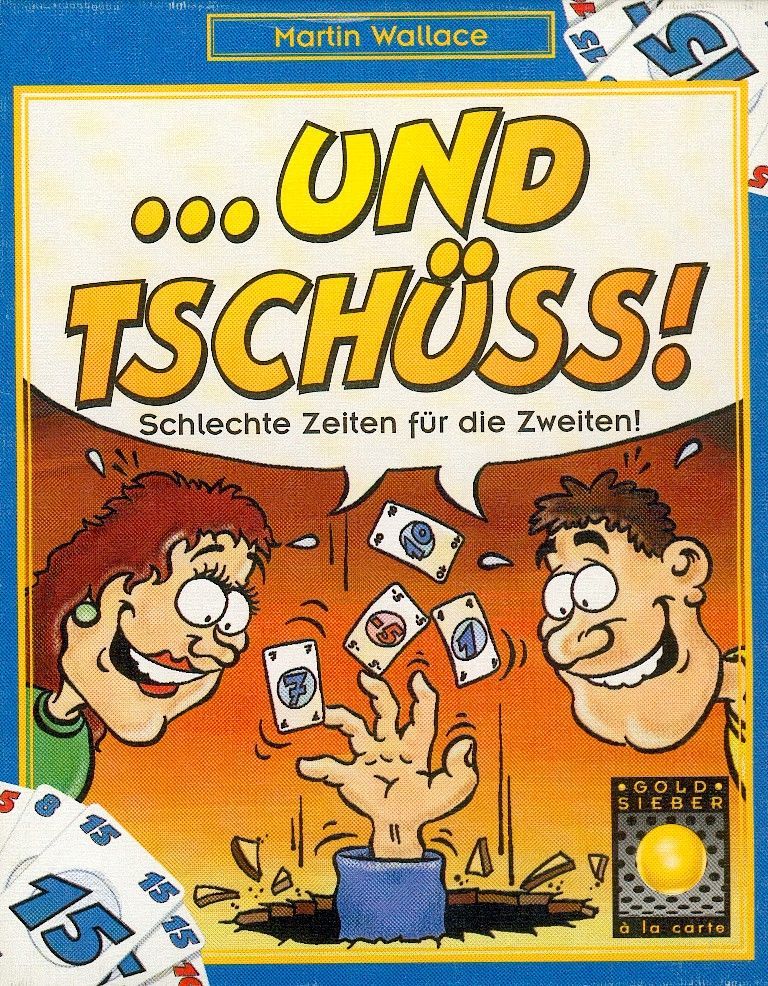 ...und Tschüss! means "So Long!" and is a simple card game where players compete for successive scoring cards on the table by laying cards with the lowest total. The trick is, there is one scoring card fewer than the number of players, so someone always goes empty handed. A bit like musical chairs. The deck has blue cards numbered 1 to 15 and red cards numbered -5 and -10. According to the number of players, you're dealt a hand and then the scoring cards are laid out. So with 6 players, you get 9 cards and compete for 5 on the table. The scoring cards are sorted from lowest to highest and everybody chooses a card from their hand and shows it. The lowest value card wins the lowest scoring card (which could easily be a negative!). That player is out and the remaining players choose another card. Whoever has the lowest total takes the next lowest scoring card and is out, and so on , until there are 2 players left competing for the final scoring card. Again, you add a card to your total, and whoever now has the HIGHEST total wins the last scoring card. Which means that if you can't go for the prize, you try to duck out earlier. Get it wrong and you've no chance of getting points. Play twice through the deck and the highest points scored wins. Part of the Goldsieber Ã  la Carte line of games.