Twilight of the Hapsburgs - Universal Statistics 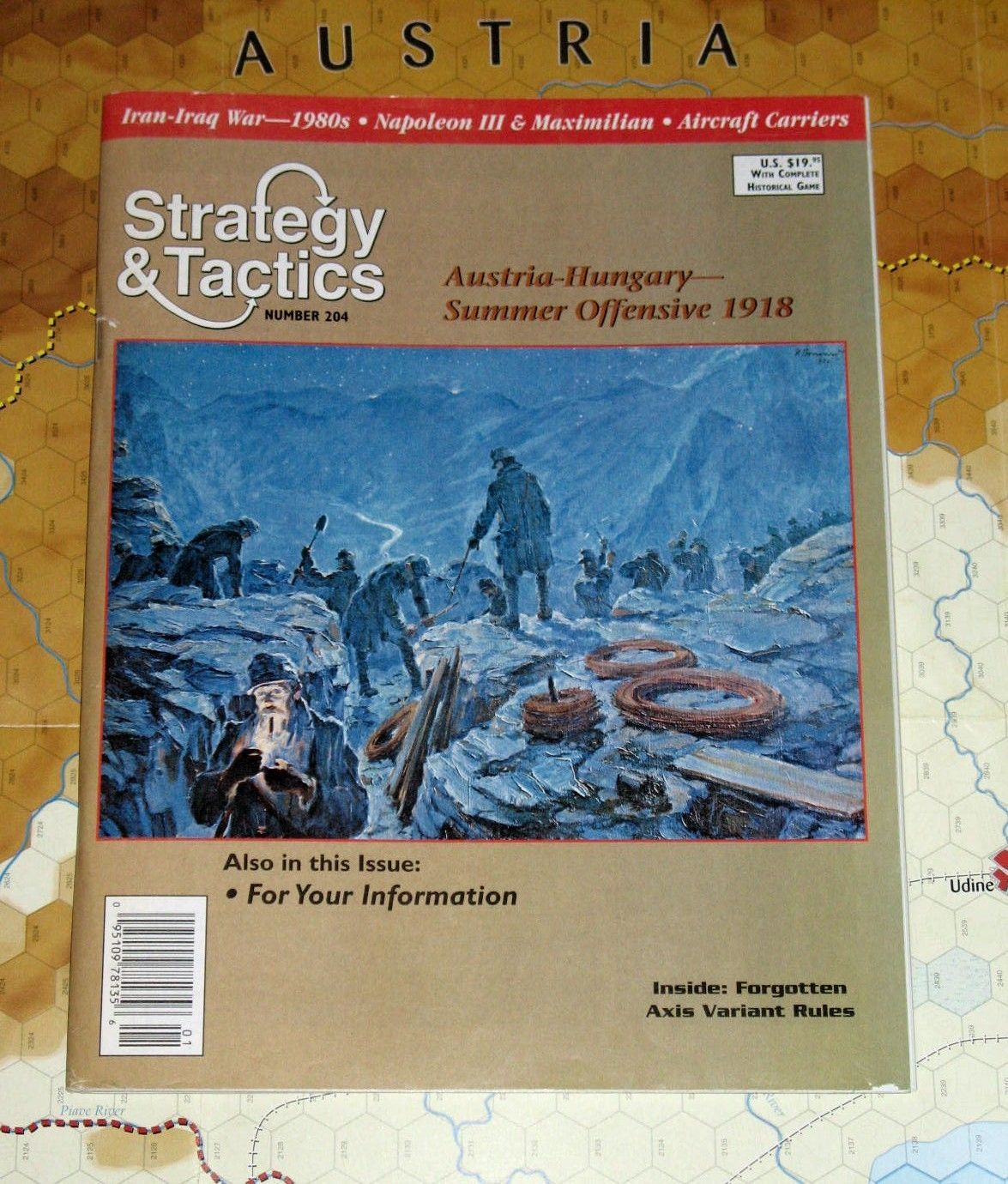 (from game rules:) Twilight of the Hapsburgs is a game for two players based on several battles which took place in northern Italy during the last year of WWI. There are three scenarios, covering the battles of Caporetto, the Piave, and Vittorio Veneto. One player is the Austrian player and the other is the Allied. The Austrian player controls all Austro-Hungarian imperial army, landwehr, honve, domobrana and imperial navy units, and all German and Bavarian units. The Allied player controls all French, British, Czech Exile and Italian units. Twilight of the Hapsburgs includes one 22" x 34" mapsheet, 280 die-cut counters and rules.