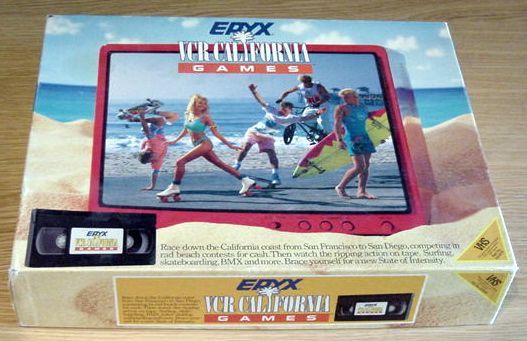 You're racing your friends down the California coast from San Francisco to San Diego. When you get there you still need enough to catch a plane home. Players roll the dice and decide which way they want to move on the board which represents the tangled highways of California. There are numerous spaces that help or hinder the trip. In addition, players are sometimes instructed to draw cards that change game play even more. On top of all that players must earn money to pay for their trip by competing in various beach style games. Landing on a competition square brings the VCR sequence into play. The tape consists of short clips of various sports that either end well and result in a cash prize or crash and burn and that’s not good. The first player to make it to the end with one hundred dollars for a plane ticket home wins the game. This is a beach bums dream game, but also lots of fun for those landlocked people who have never even seen the ocean. The game clips are often quite amusing. Fun for the whole family.