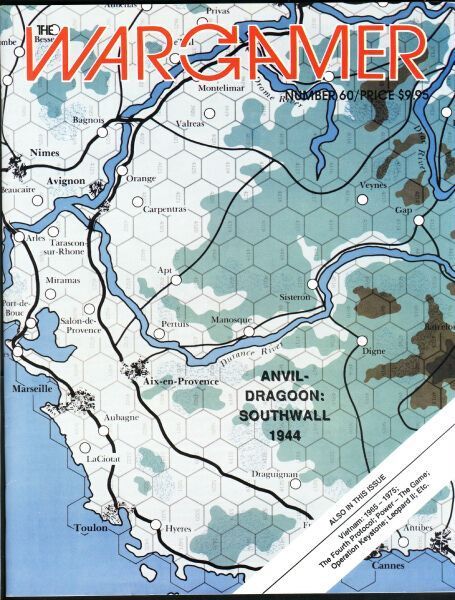 Anvil-Dragoon: Southwall 1944 was the game in issue #60 of The Wargamer Magazine. Anvil-Dragoon: Southwall 1944 is a simulation of the Allied invasion of France during WWII. It covers the time period from August 14th (D-Day minus 1) through September 12 (official date of the linkup between Dragoon and Overlord forces). Before the dawn of August 15th, 1944, British and American paratroopers of the First Airborne Task Force jumped into three drop zones around an obscure village near Draguignan in southern France, and began one of the most controversial invasions of WWII. The campaign was to see the isolation of all western France, the opening of two major supply ports, and the netting of 79,000 prisoners, but it ultimately failed in it's most ambitious and important goal: that of cutting off and eliminating most of the German Army Task Group G defending the coast.