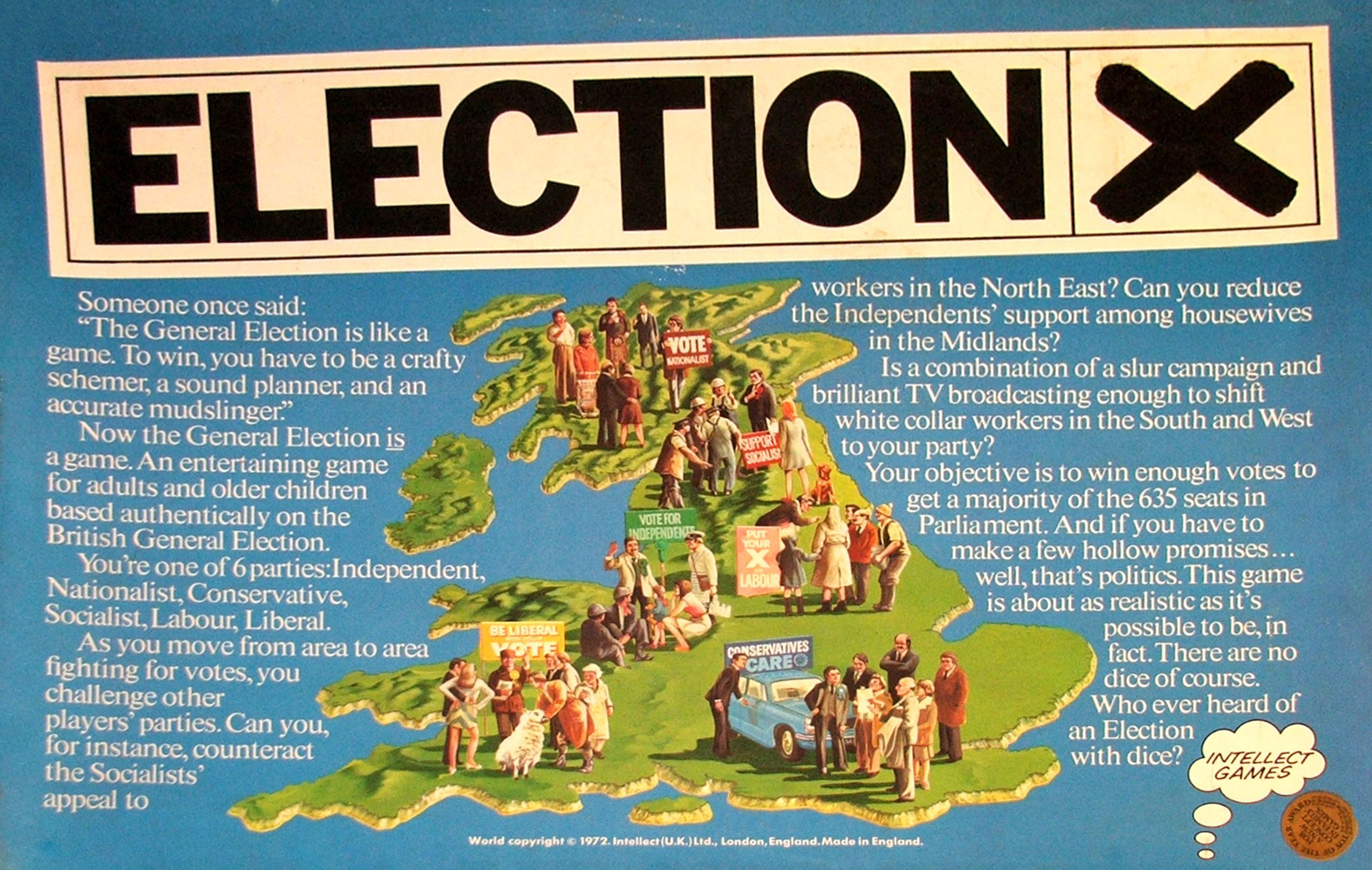 snipped from the box: Someone once said: "The General Election is like a game. To win, you have to be a crafty schemer, a shrewd planner, and an accurate mud slinger." Now the General Election is a game. An entertaining game for adults and older children based authentically on the British General Election. You're one of 6 parties: Independent, Nationalist, Conservative, Socialist, Labour, Liberal. As you move from area to area fighting for votes, you challenge other players parties. Can you, for instance, counteract the Socialist' appeal to workers in the North East? Can you reduce the Independents' support among housewives in the midlands? Is a combination of a slur campaign and brilliant TV broadcasting enough to shift white collar workers in the South and West to your party? Your objective is to win enough votes to get a majority of the 635 seats in Parliament. And if you have to make a few hollow promises . . . well that's politics. This game is about as realistic as it's possible to be, in fact. There are no dice of course. Who ever heard of an election with dice? GAME CONTENTS: Playing Board 6 Party Leaders 6 Indicators for Popularity Index 25 Absentee Vote Tokens 138 Electoral Tokens (23 For Each Party) 24 Floating Vote Tokens 50 Campaign Cards Instruction Book.