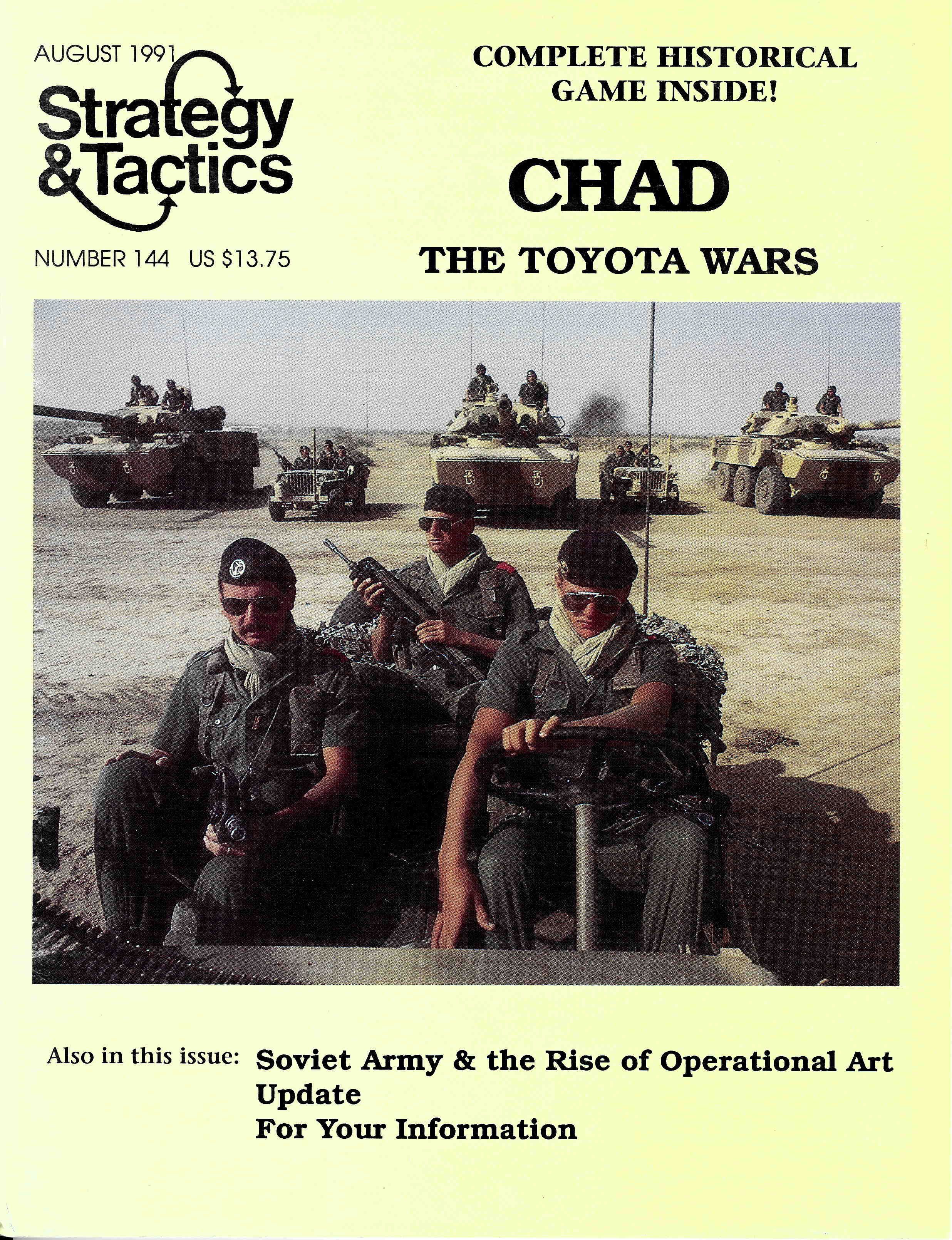 Chad: The Toyota Wars, 1979-1988, is a two-player simulation of the Chadian civil war between Hissene Habre, Commander of the Armed Forces of the North (FAN), and Goukouni Oueddei, Commander of the People's Armed Forces (FAP). Libya, France, the USA, and the Organization of African Unity (OAU) may intervene and assist in various ways, but the larger political decisions on which intervention is based are not controlled by either player. In addition to the FAN & FAP, there are a total of 12 other Guerrilla Factions, whose allegiance to one of the two main factions will vary throughout the game. Originally published by Decision Games (I) in Strategy & Tactics magazine #144. Game Scale: Turn: 1 year Hex: 22 miles / 35 kilometers Units: Company to Battalion Game Inventory: One 22 x 34" full color mapsheet One dual-side printed countersheet (200 1/2" counters) One 28-page Chad: The Toyota Wars rules booklet Complexity: Medium Solitaire Suitability: Medium Players: 1 or more Playing Time: 3-5 Hours Players will have to provide one 6-sided die