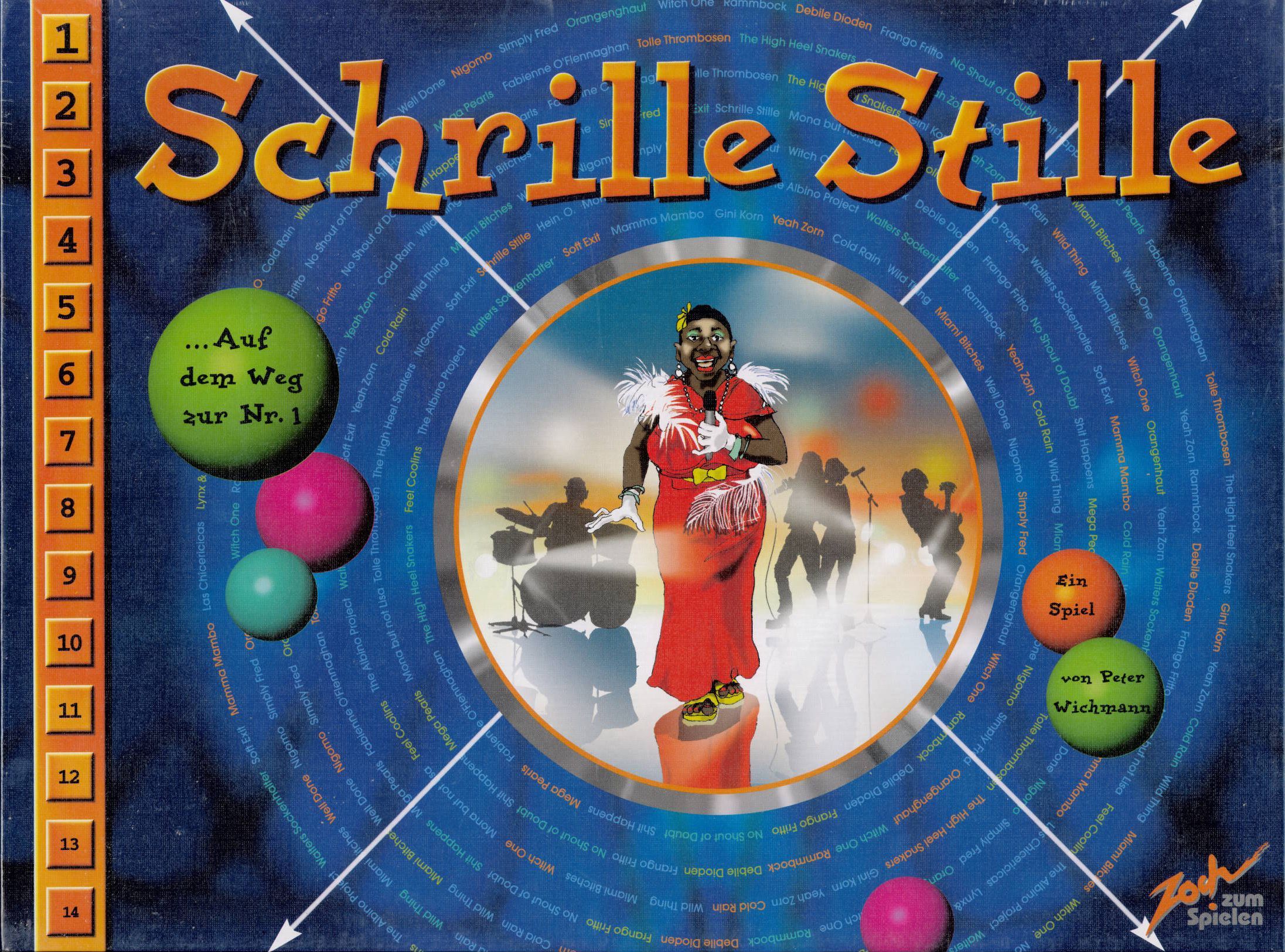 Players are the heads of 1 of 6 fictitious music companies, trying to predict/influence the popularity of 14 different musical acts. Each turn, players get 7 chits with +/- values on them, 5 of which they may use to secretly vote for the bands they want to support. Players are awarded points at the end of a round if one of their bands is in the top 6 slots. Players also have 2 special chits that either award extra points if played on a band that jumps to #1, or add/deduct points based on how far up (or down) a band moves from its original position. Some bands in the last 4 slots are removed at the end of a round depending on their original board position, and the top 3 are removed (one-hit wonders) once a player's score reaches the 30 and 50 point mark. The game ends once a player reaches 70 points total. Very nice artwork and goofy band names (as only the Germans can do it) are complemented by one of the cooler game components ever; a wooden "CD Player" that the DJ (dealer) uses to tally up the votes. Please be aware that, although this was formerly listed as a family game, a few of the band names contain adult language. Online Play BrettspielWelt (real-time)