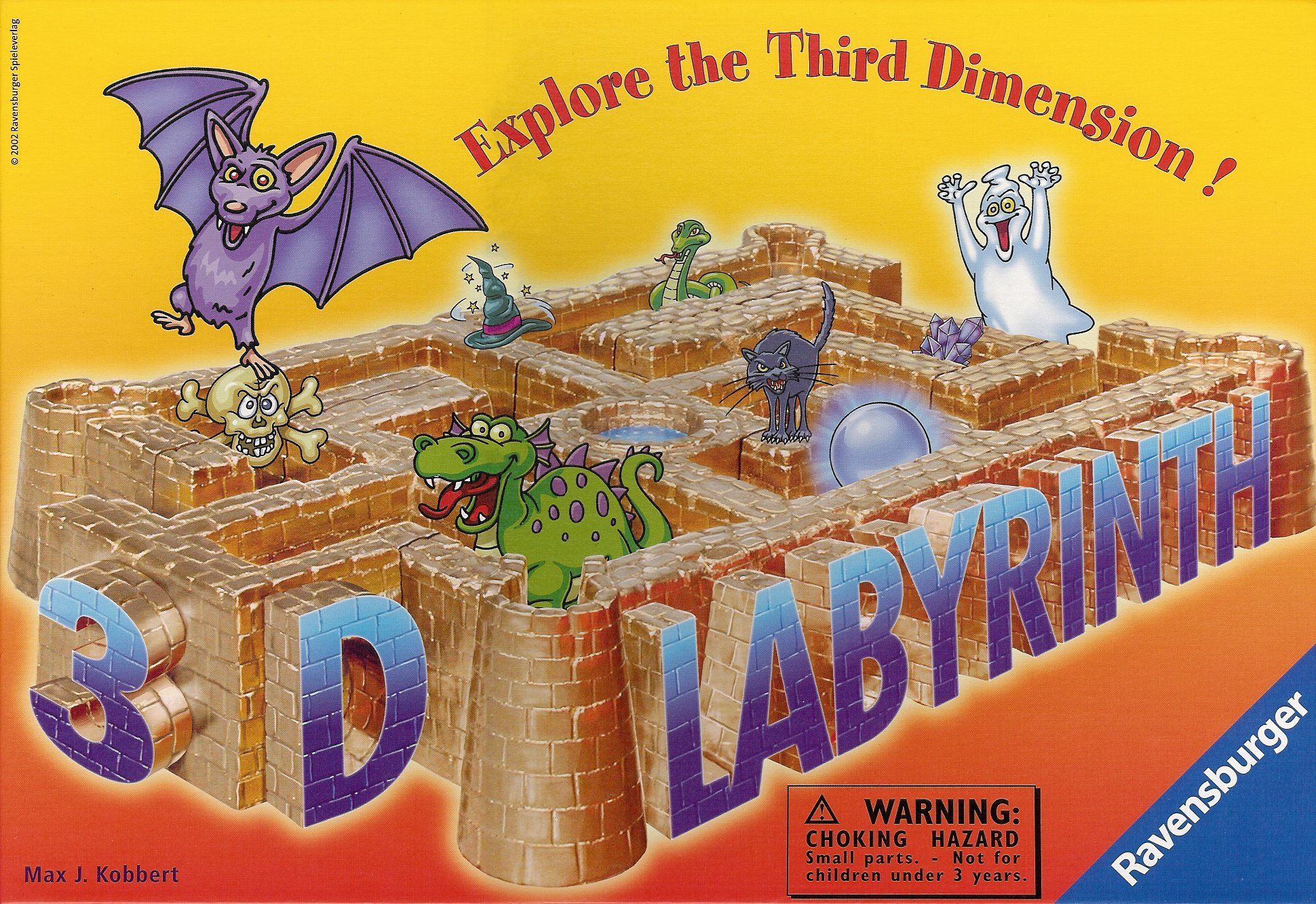 Part of the Ravensburger Labyrinth Games series, This is a super-simplified version of Labyrinth for the really younger set. Instead of the shifting tiles of the other versions, in this game, entire sections of the maze shift, as the modular 3-D board has a sliding center piece, which allows for different pathways through the maze. Players attempt to reach the items shown on their treasure cards by shifting the maze and moving through the corridors. Ages 4-8.