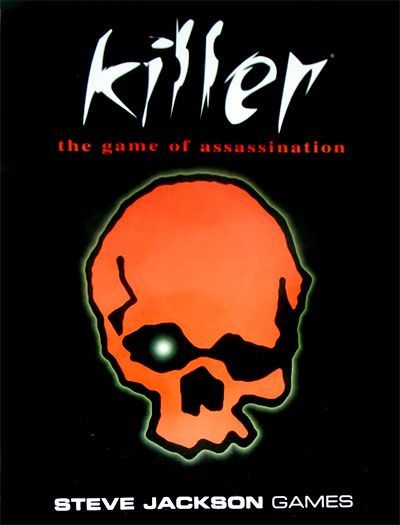 Killer is a sort of "live action" role playing game. The goal is to successfully "kill" your opponents within the rules of the game. Don't worry, the rules are carefully constructed so that no dangerous weapons are used. Typically the game is played in real time -- that is, the game is more likely to be played at school or at a game convention over a period of days or weeks than at a friends house in an afternoon. There are many scenarios outlined in the game but the simplest is to give every player the name and picture (if necessary) of another player and a dart gun. If you successfully kill your target you take his target as your new target. You may not shoot at anyone who is not your target except in self defense. Obviously, there needs to be at least one moderator. There are several other interesting scenarios as well as suggestions for far more elaborate and interesting weapons than dart guns. For example, there are sci-fi, mafia and spy vs spy scenarios.