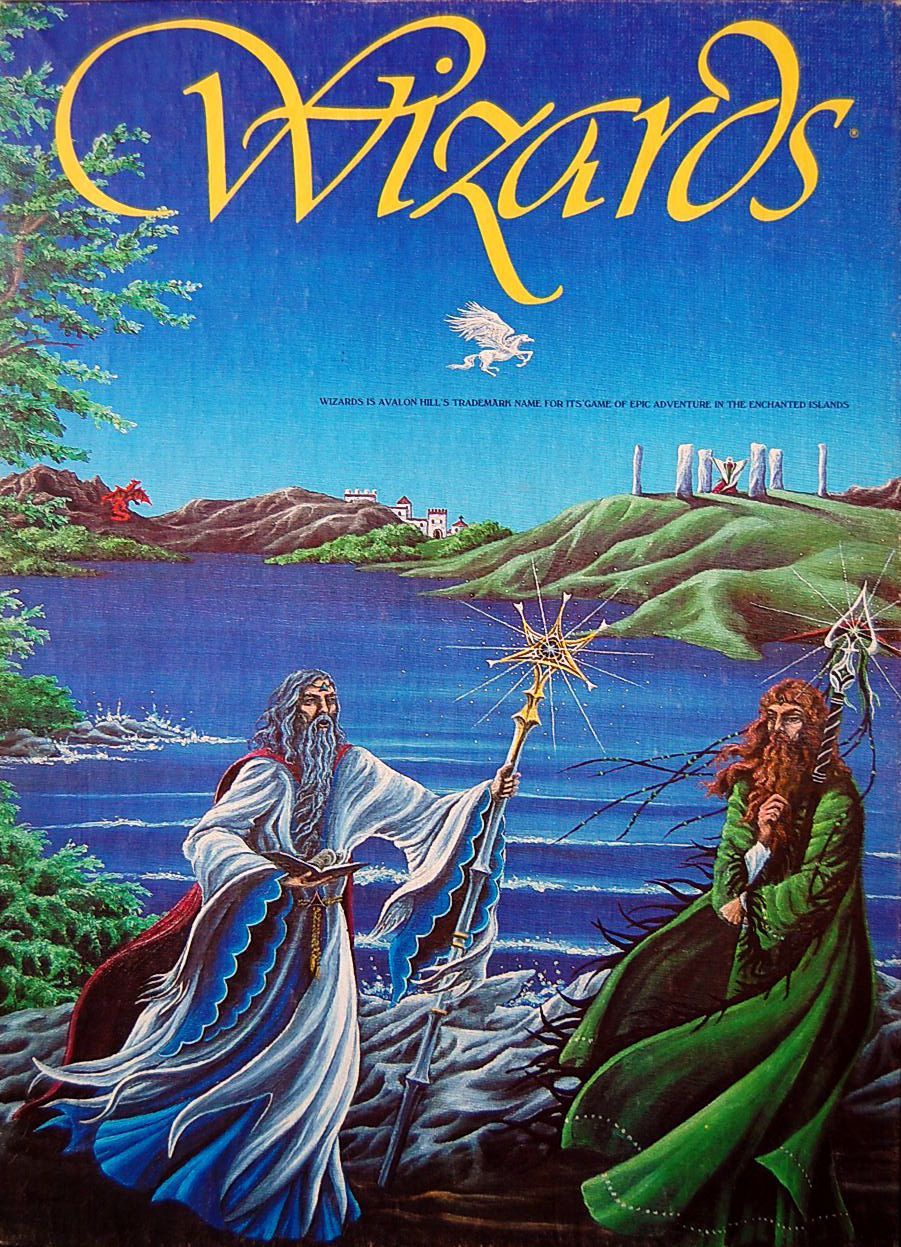 This is Avalon Hill's game of Fantasy Adventure. This game uses hexagonal modular map sections used in Avalon Hill's Magic Realm and later utilized in Mayfair's Catan, providing a different board layout for each game. Map tile-sections are placed on a blank mapboard to make up the arrangement of the Enchanted Islands for that game. Most of the game consists of performing various mini-quests by moving around the 18 islands to pick up marker counters for the specific quest. Each quest adds to the 10 quest per fortnight (14 days) requirement. Failure to reach this total of quests among all players causes one of the 18 islands to be flipped over and taken out of the game. In this way the players are competing mainly versus the game system. Endgame consists of players racing against each other to be first to collect 6 Gem Fragments and take them to the High Druid.