Lord of the Rings - Universal Statistics 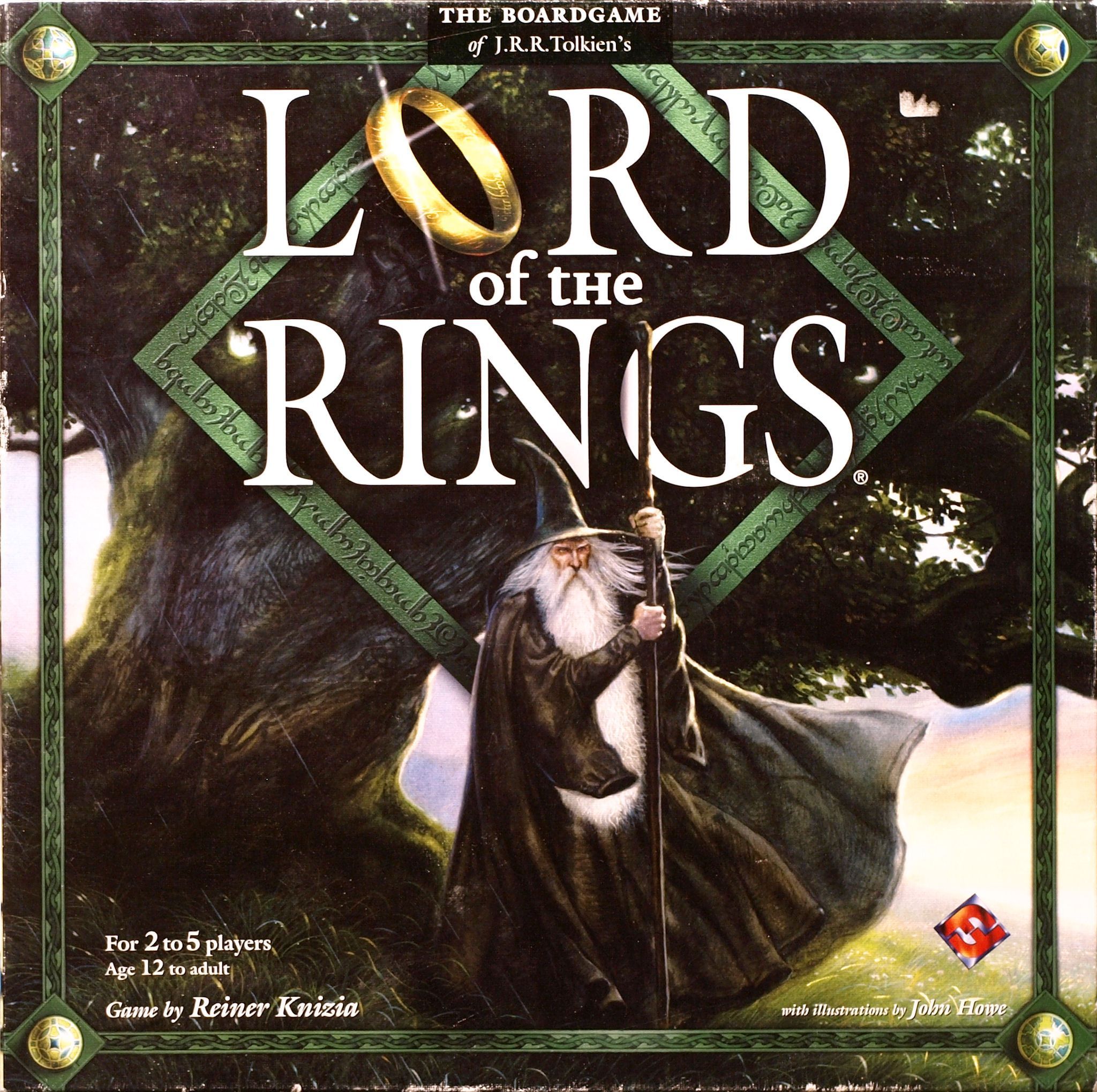 This game should not be confused with Reiner Knizia's children's game (Lord of the Rings) with the same title, or with his very different two-player Lord of the Rings: The Confrontation. Lord of the Rings is a co-operative game where the object is to destroy the Ring while surviving the corrupting influence of Sauron. Each player plays one of the Hobbits in the fellowship, each of which has a unique power. The game is played on a number of boards: the Master board indicates both the physical progress of the fellowship across Middle Earth and the corrupting influence of Sauron on the hobbits, and a number of scenario boards which detail the events and adventures of particular locations. Progression across the boards is determined by playing cards (many of which represent the characters and items of Middle Earth), and the effects of corruption are represented by a special die. The game is lost if the ring-bearer is overcome by Sauron, or won if the ring is destroyed by throwing it into the volcanic fires of Mount Doom. Lord of the Rings - Limited Edition A special edition limited to 500 copies in the English language and 250 in German published by Sophisticated Games and Kosmos in November 2001. The Limited Edition has a silver 22 carat gold plated ring, pewter Hobbit playing pieces, and a signed and numbered John Howe print. Box signed by Reiner Knizia.