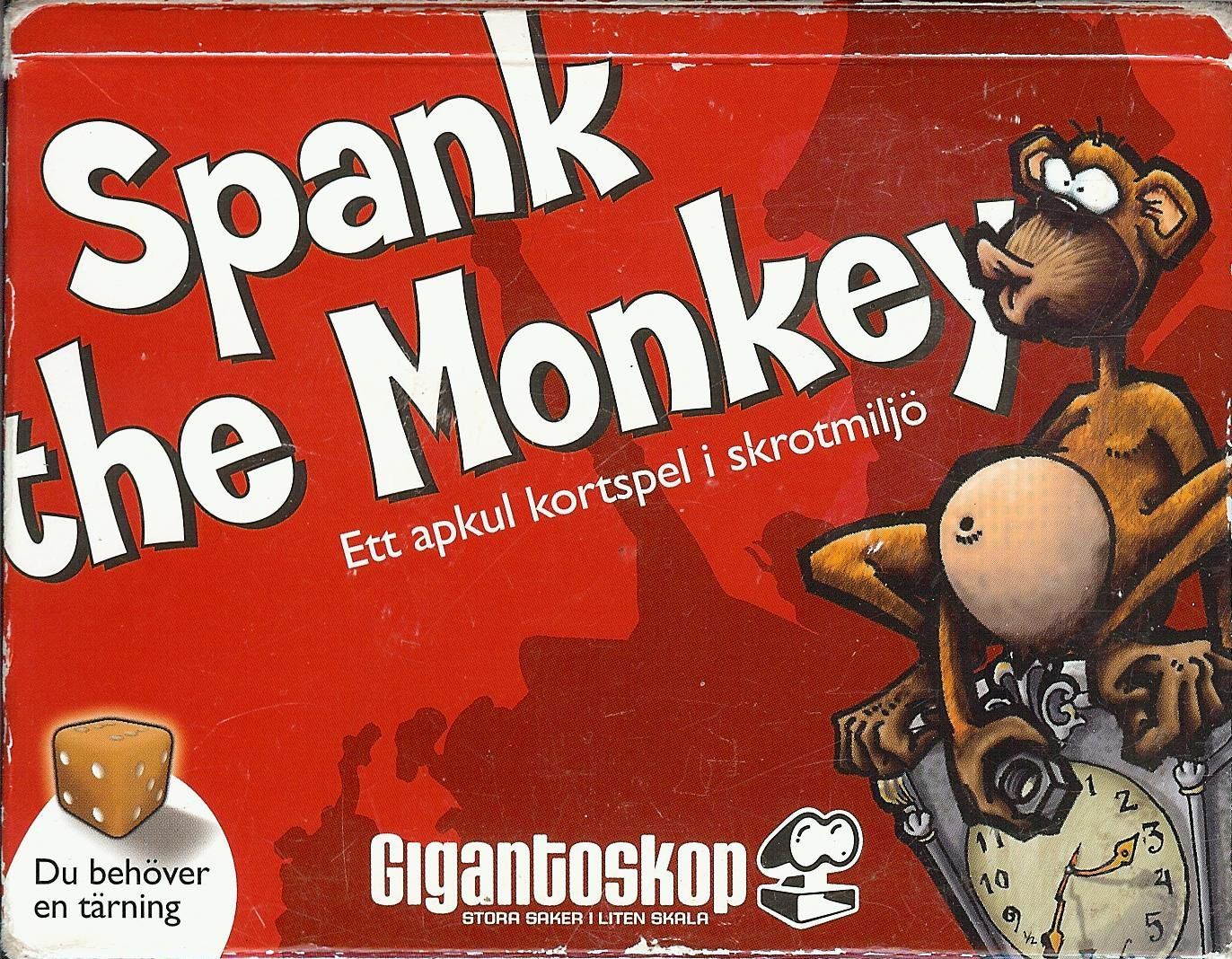 Spank the Monkey is a fast-paced, humorous card game with sneaky tactics. All players are working in a junk yard where a teasing monkey has appeared. Your job is to climb up to the monkey and spank it. There are 5 types of cards in the game. Junk cards, like the totem pole, surfboard, and garden gnome, are used to pile on top of each other and form the "board" in front of each player. Each junk card has its own height, strength, and often a special ability when played. The combined height of your junk cards is used to see if you have reached the monkey. Some junk cards are a bit fragile, but they can be strengthened by reinforcement cards like duct tape, ivy, and a hired security guard. Each junk card also belongs to at least one category of which there are 7 in the game. During the game, you attack the junk card of other players in an attempt to make them fall down, or at least lower them a bit. There are three kind of attacks; throwing attacks (bowling ball, flock of seagulls, and dynamite) that you can use on any junk card, hand attacks (chainsaw, blind, and crowbar) that you can only use on cards at the same height as yourself, and the sneak attacks (lawyer, wasp’s nest, and ball cannon) that all have special abilities. A die roll is used to solve the attack. You add the attack value of your attack card and compare it to the combined strength of the attacked junk card and any reinforcement cards it might have. The defending player may play defense cards that either lower the die roll (umbrella, satellite dish, and wok) or completely stop or redirect the attack (electric force field, tennis racket, and trampoline). If a junk card is destroyed, you have effectively lowered that player's height by the height of the card, and if there are junk cards above the destroyed card, they fall down, and the defender is forced to make a collision roll to see if the junk cards also are destroyed. The fifth card type is called special, and it is a kind of catchall for all the crazy special effect you may do in the game. There are all kinds of tricks, like giving you an extra turn, starting an earthquake, and having a police raid. Expanded by: Monkey Business