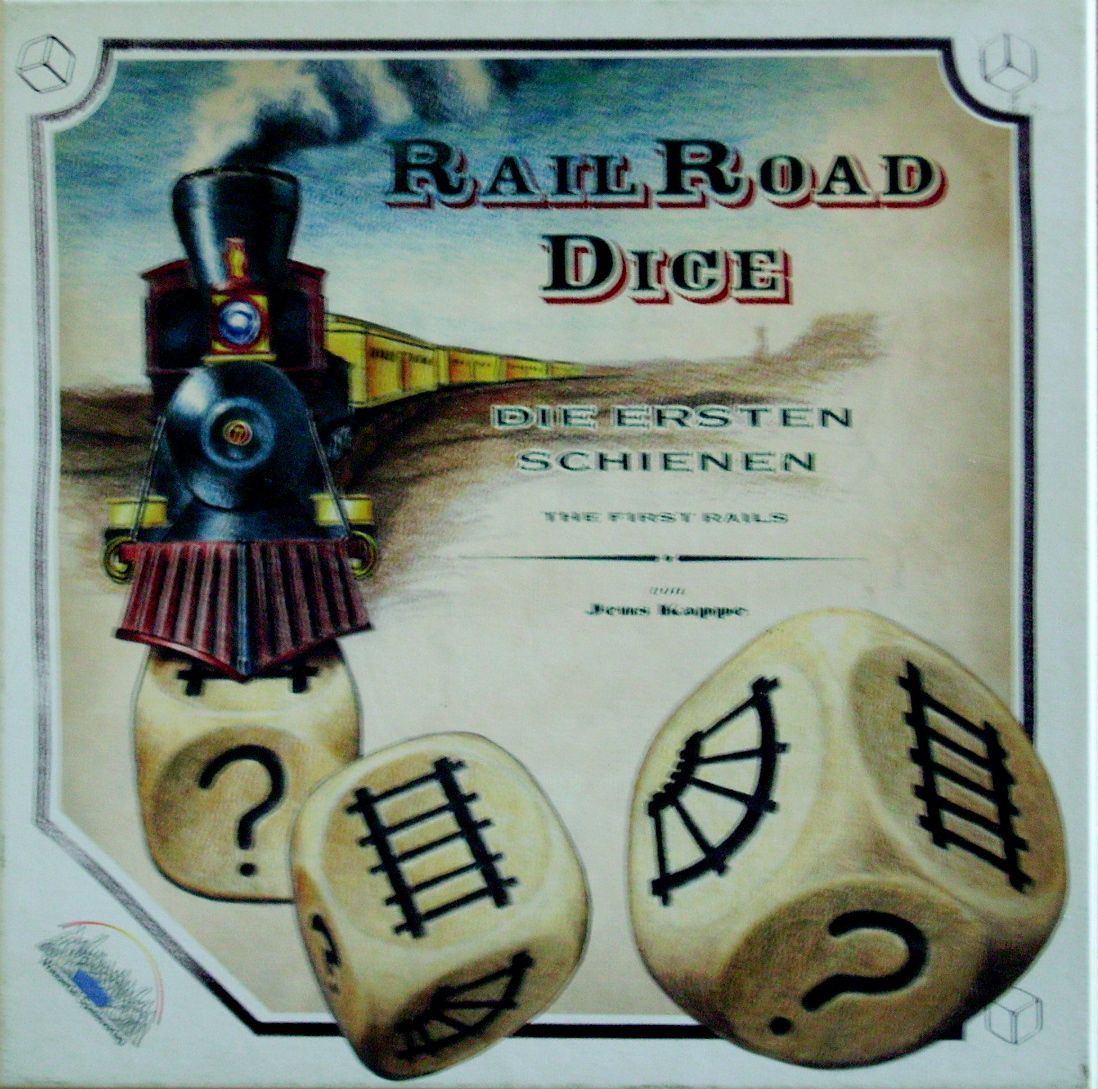 Railroad Dice: The First Rails is the first game in a new series of railway games using dice as their main component. Each player is an investor who wants to take control of one or more of the 5 Railroad companies with the aim of constructing as many adjacent Railway Stations as possible in order to attract the most Passengers. The game is played simultaneously on two large tiles upon which the tracks and stations are built. In a fairly unique methodology, finished tiles are replaced by miniature tiles as the tracks grow. (Initially released in a cube box at Essen 2003 with a publication run of 300 copies)