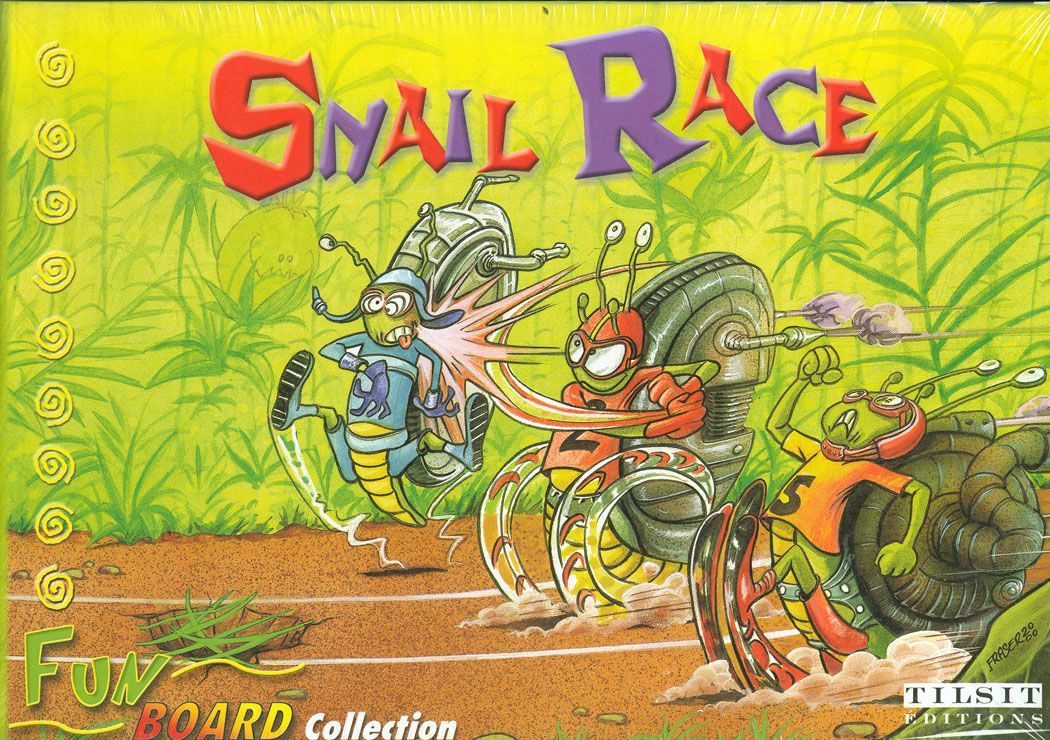 This is a stand-alone follow-up game to Gastero Speed: Les Gros Bourgognes or Snail's Pace introducing six new tracks and some new cards. It is still the same snail racing game where you, by playing speed cards, compete to be the first across the finish line. The boards are progressively more dangerous, and require some good thinking at the end of the series, although luck does have a major role in the game. Still, it is a fast game with a lot of humor added. So it is excellent to play when you have only a short time for a game, and do not want to spend the evening explaining rules to people. Re-implements: Gastero Speed: Les Gros Bourgognes