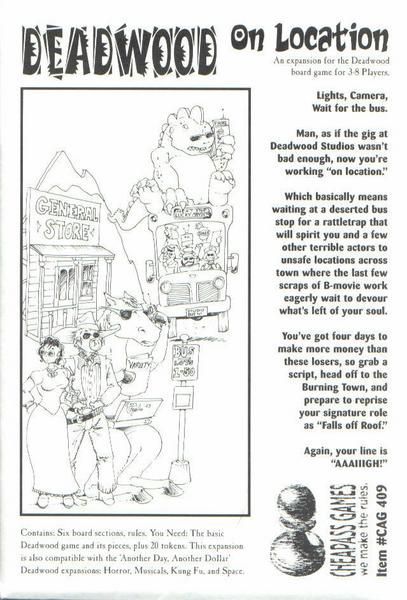 The only thing worse than acting at Deadwood Studios, debasing yourself for a tiny paycheck by playing such memorable roles as "Man on Fire", is having to go somewhere else to do it. If the gig at Deadwood Studios wasn't bad enough, now you're working "on location" Deadwood: On Location is a set of new boards for the Deadwood game, representing six different sets and the bus stops that connect them. You'll need the rules from Deadwood to play, as well as those cards. On Location is also compatible with the four "Another Day, Another Dollar" card expansions.