Return of the Heroes - Universal Statistics 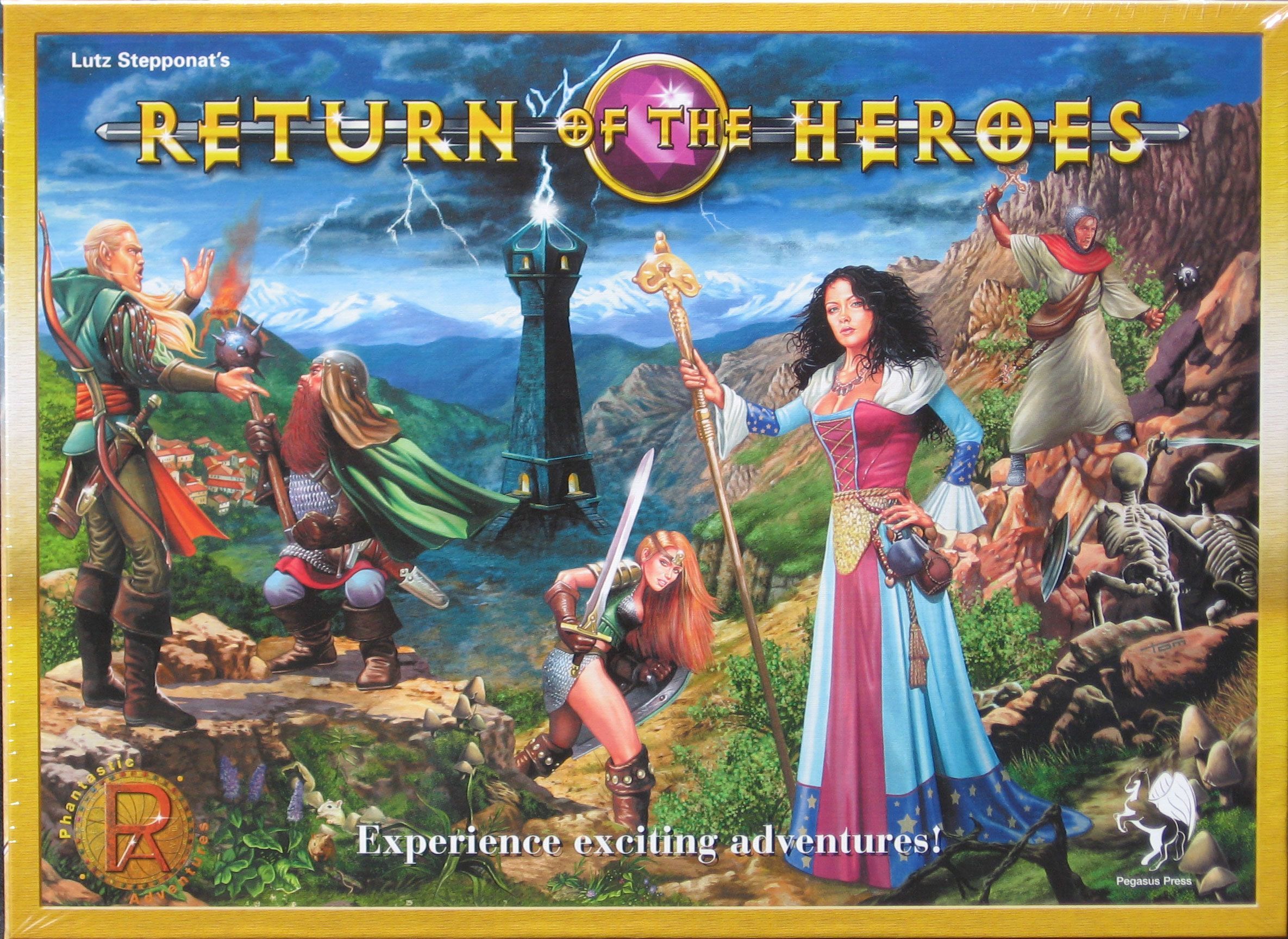 Players take the role of one fantasy hero traveling a hidden world, which is set up differently for every new game. Players gather mighty artifacts to solve their quests. The characters develop during the game, which brings some role-playing flair to the game. To help you feel comfortable with your character, you can even choose a gender by simply flipping the character card. The game has been compared to Magic Realm and Talisman, with a complexity somewhere between the two. Other games in the series: Under the Shadow of the Dragon Helden in der Unterwelt (Heroes in the Underworld)