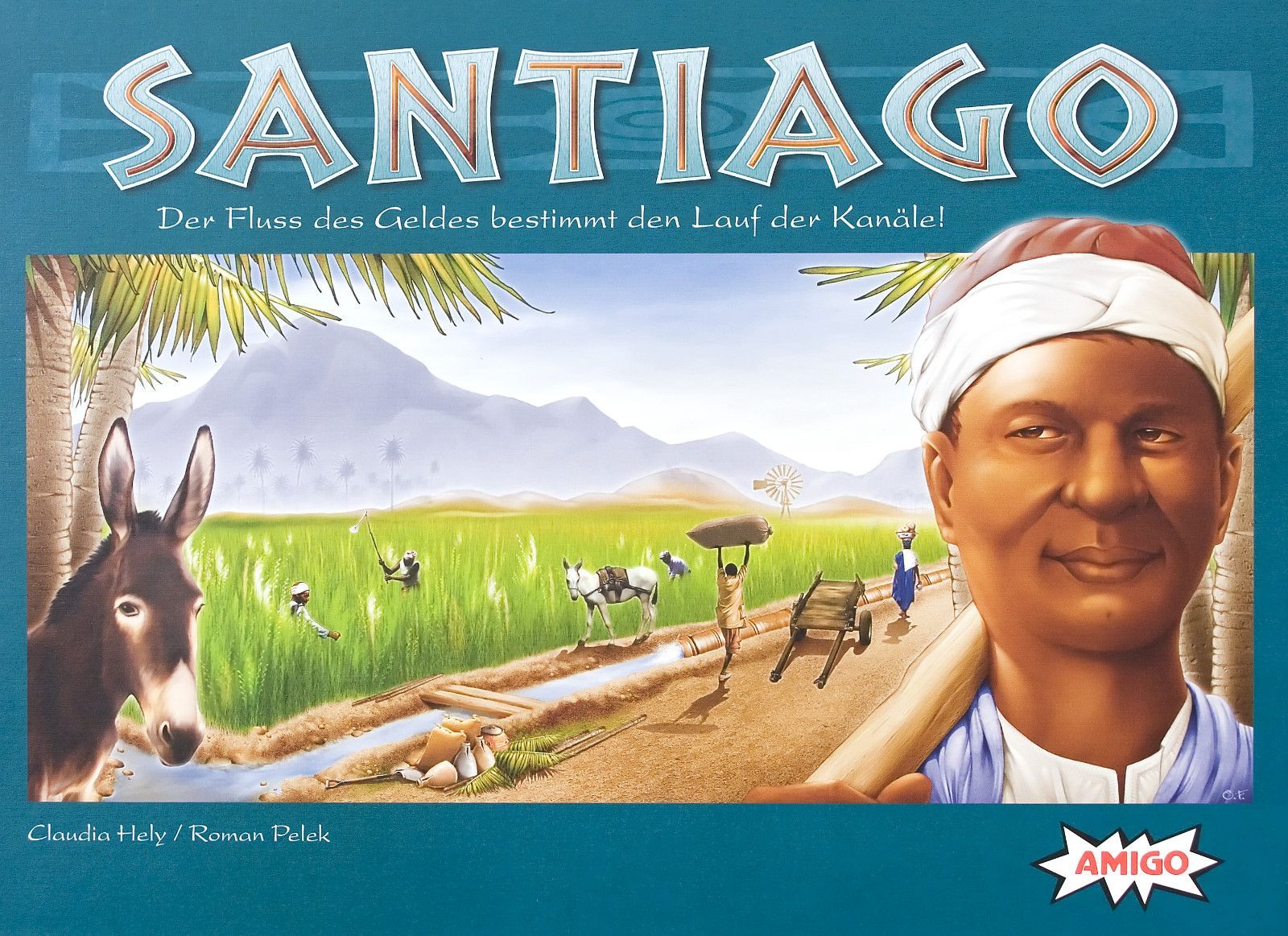 Santiago is about cultivating and watering fields. To accomplish this, a number of tiles denoting various plantation types come into the game each round. The tiles are auctioned off such that each player gets one, and the tiles are then placed onto the game board along with an ownership marker that also indicates how plentiful the tile's yield will be. Whoever bid the lowest in each round gets to be the canal overseer and decides where a canal will be built that round. The other players may make suggestions to help the canal overseer decide, and back up their suggestions with money. The final decision is always wholly up to the overseer, though. At the end of each round, players determine what the water supply situation looks like. Should a plantation not be sufficiently watered, its production drops dramatically; should it happen more than once, then that plantation may revert to fallow ground. At game's end, naturally only the cultivated land counts. Each plantation is counted according to type – the bigger the better. But since the ownership markers play a role as well, the same plantation can give drastically different points for different players.