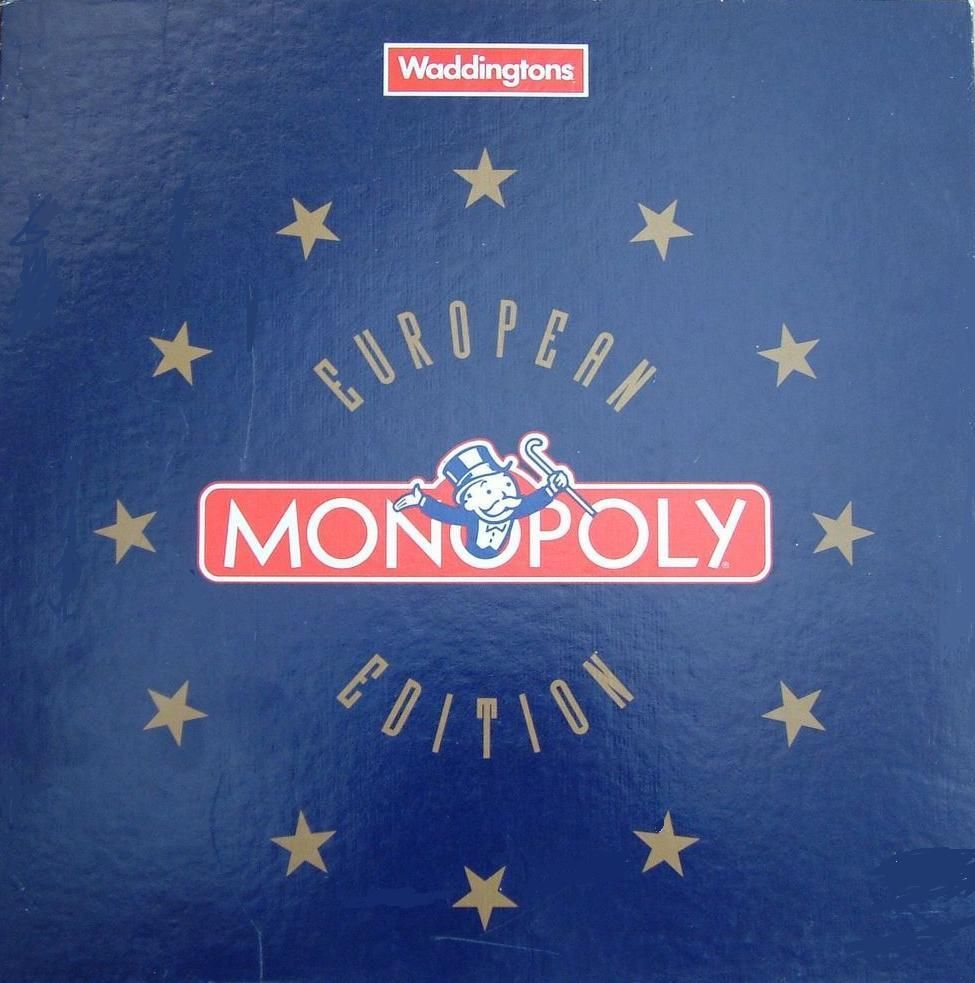 This version was released in celebration of the EU for 1992. The player tokens are beautiful monuments from major cities in Europe. There are 12 monuments (one for each country that was part of the EU in 1992). ECU's (Euros) are used for cash and the dice have EU stars on them instead of numbers or dots. Instead of stations there are airports located in the capitals of four 'smaller' member states, the streets are from the other eight member states.