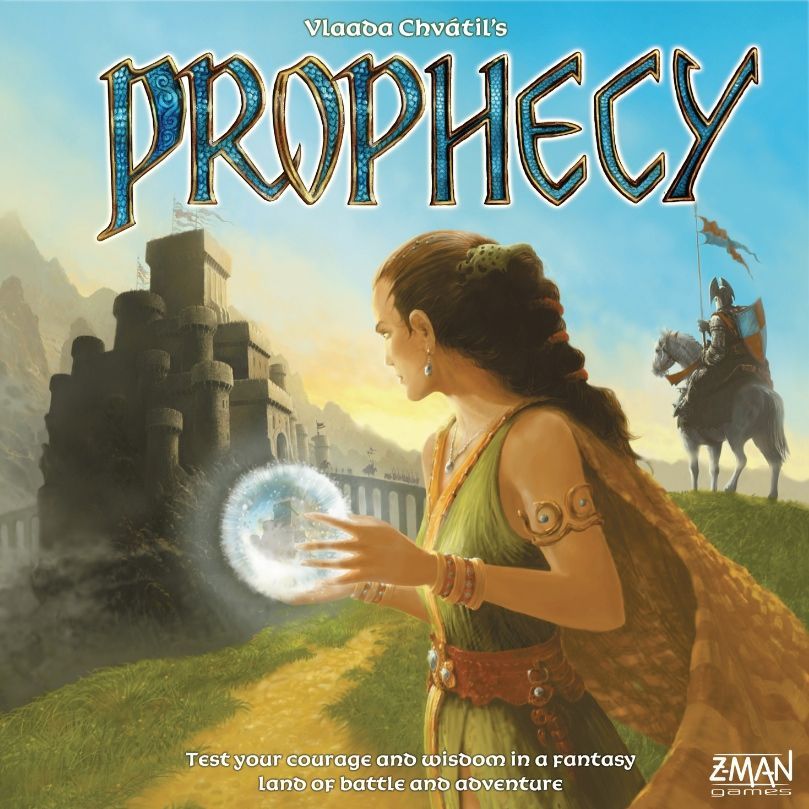 Prophecy (originally released as Proroctví) is a Talisman-style game by Czech designer Vladimír Chvátil. The players represent fantasy characters on a path through a land full of adventure with the goal of grabbing ancient artifacts from the claws of demons guarding the surrounding astral realms. Instead of rolling dice to move around the game board, players in Prophecy use a variety of means of transport. The game includes an experience system and loads of skills and spells that your character can learn. A large number of monsters that you can meet and fight also await you, as do random events that will keep taxing your abilities because after you cast a spell or lose a fight, your strength or willpower declines until it is recharged by healing. Whoever holds four of the five hidden artifacts wins the game and becomes the next king of the land. Expanded by: Prophecy: Dragon Realm (2003) Prophecy: Water Realm (2006)