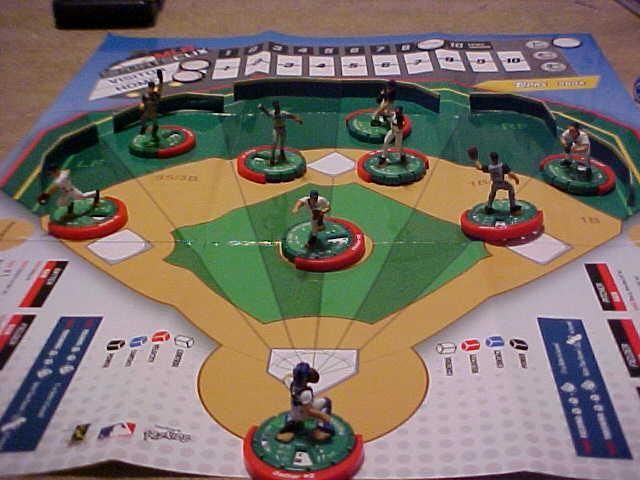 From the WizKids Games Site: MLB™ SportsClix™, the company’s first sports-themed entry into the collectable miniatures game (CMG) market, will hit store shelves during baseball’s 2004 spring training. It features real major leaguers sculpted as two-inch-high 3-D game pieces. MLB SportsClix game players act as team managers, collecting and trading the miniature baseballers to face each other on a ballpark playmat. MLB SportsClix simulates real game situations by using specially-designed dice together with actual statistics that are contained in each player-specific figurine. The Alex Rodriguez figure, for example, will be a more powerful player in the SportsClix world just as he is in real life. And Mark Prior will be an intimidating presence on the mound.