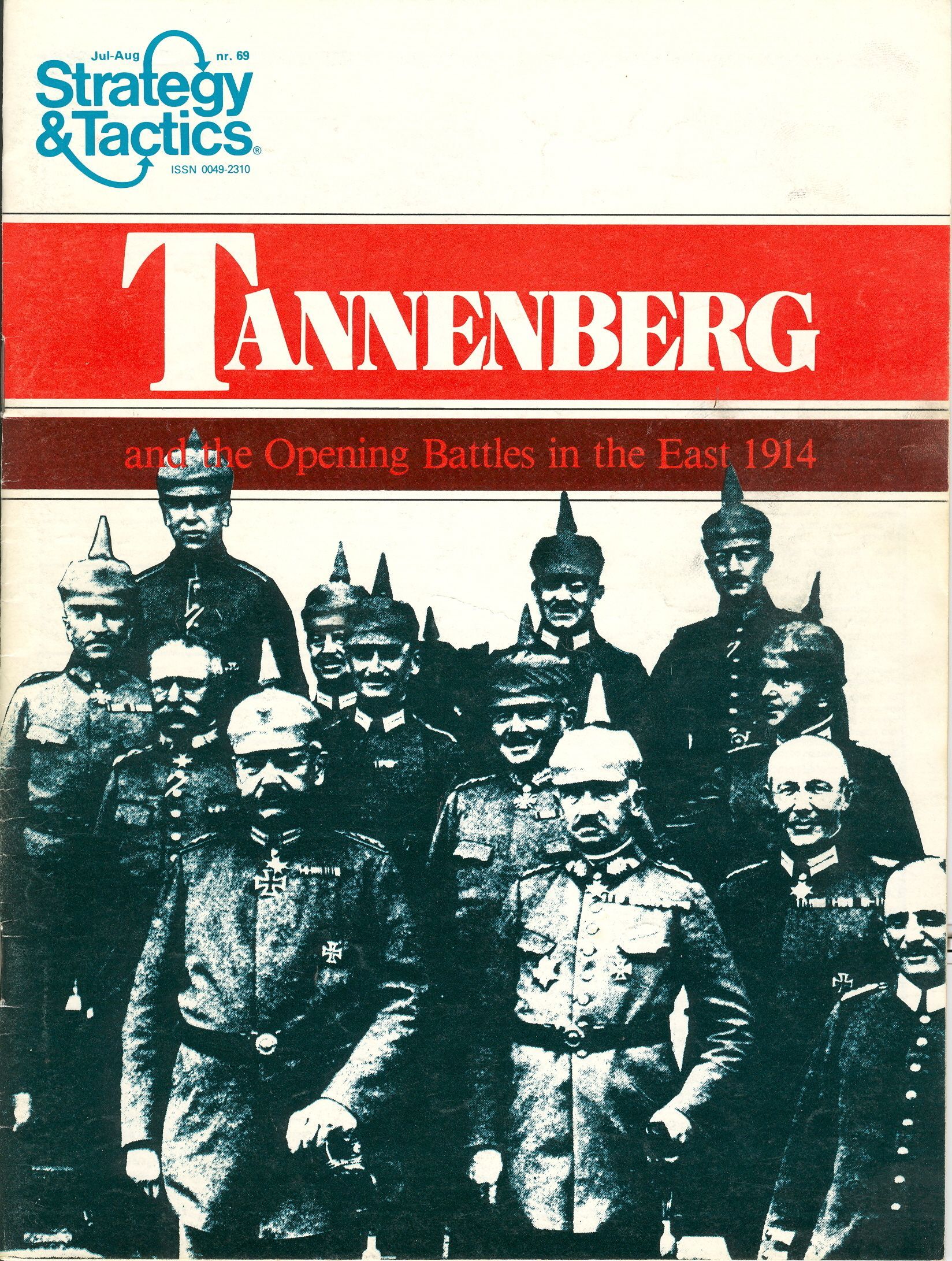 Subtitled "The Opening Guns, August 1914" Opening moves between Germany and Russia on the east front feature von Hindenburg, Ludendorff and the amazing von Hoffman vs. the two Russian generals Rennenkampf and the tragic Samsonov, who, hating each other, in the 3-player variant are famously not permitted to talk to one another during the game! Somewhat controversial for its "iron maiden" victory conditions rules which simulation fans loved and gamers hated. Published in Strategy & Tactics magazine #69 (Jul-Aug) using the same system as the Great War in the East quad. Contents: 34"x22" map, 200 playing pieces.