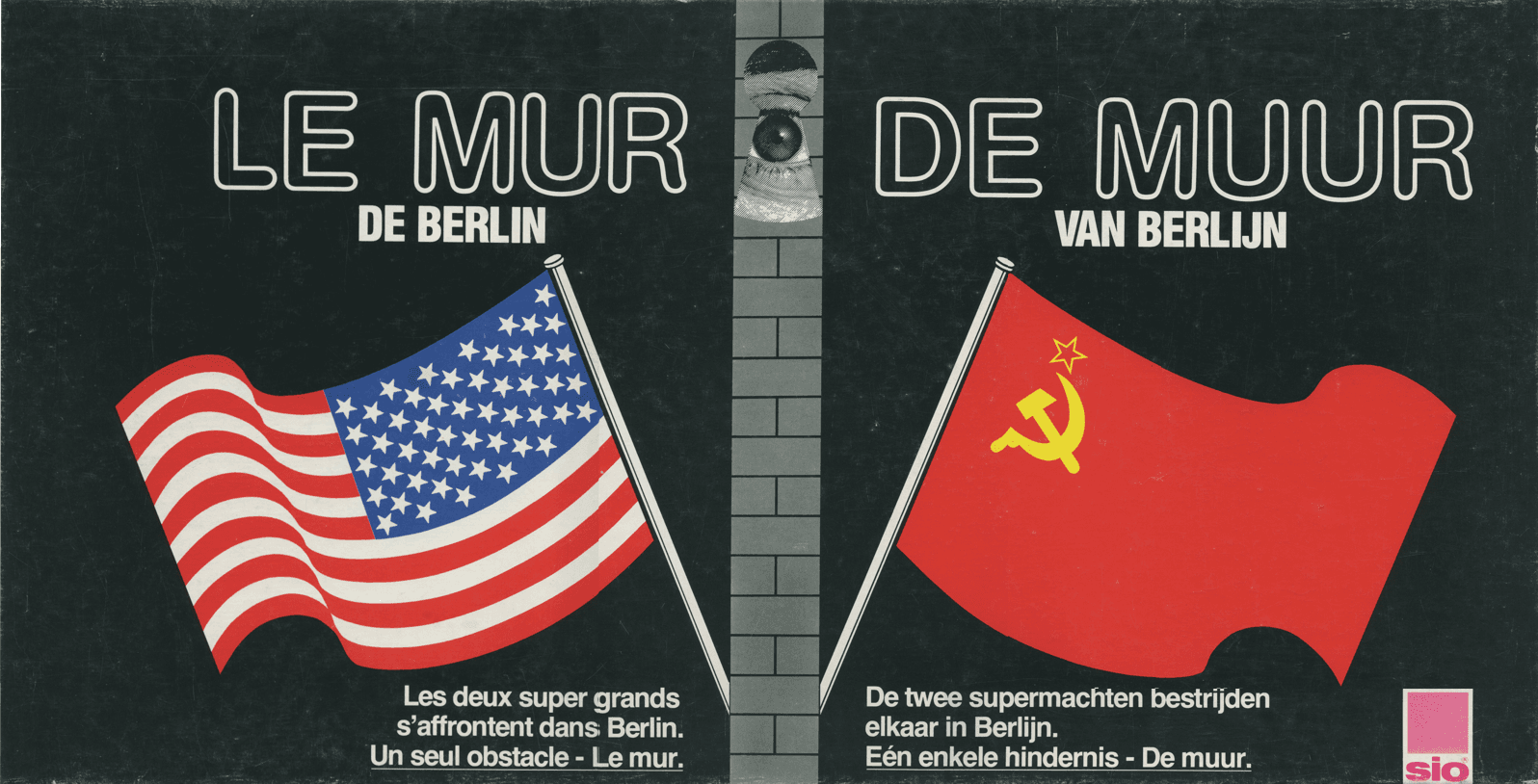 The Wall refers to the Berlin Wall. It is a game about espionage in Berlin during the Cold War. In the game, one player plays the United States (CIA), the other plays the Soviet Union (KGB). The objective of the game is to get a spy into the opponent's embassy on the other side of the wall. Each player has six spies. Each turn, they roll a die, and move one of their spies through the streets of Berlin. When landing on a special square, they have the ability to kill an enemy spy, send him back to his embassy or transport themselves to another square on the board (using a secret tunnel, an embassy car etc.). A special element of the game is that among the six spies of each player, there are two double agents. During the game, players sometimes get the chance to study their opponent's spies to identify their true allegiance. If a player moves a spy into his opponent's embassy and it turns out to be a double agent, he loses the game instead of winning it.