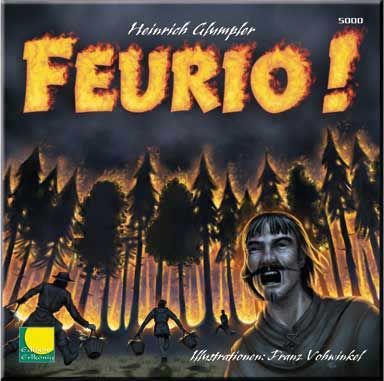 The game mechanism simulates a spreading forest fire which the players try to bring under control. They place firefighters in different parts of the forest and try to achieve two objectives: to fight the most dangerous fires to earn points (adding up high numbers) and to occupy at least one water source (player's points are divided by the lowest number they occupy). The fire limits the spaces where people can be placed and eliminates water sources. The direction of the fire's spread is determined by the current situation and can be guessed quite accurately by watching the game closely. It is a highly territorial game with lots of blocking and chasing. The game also includes a solitaire and a cooperative variant.