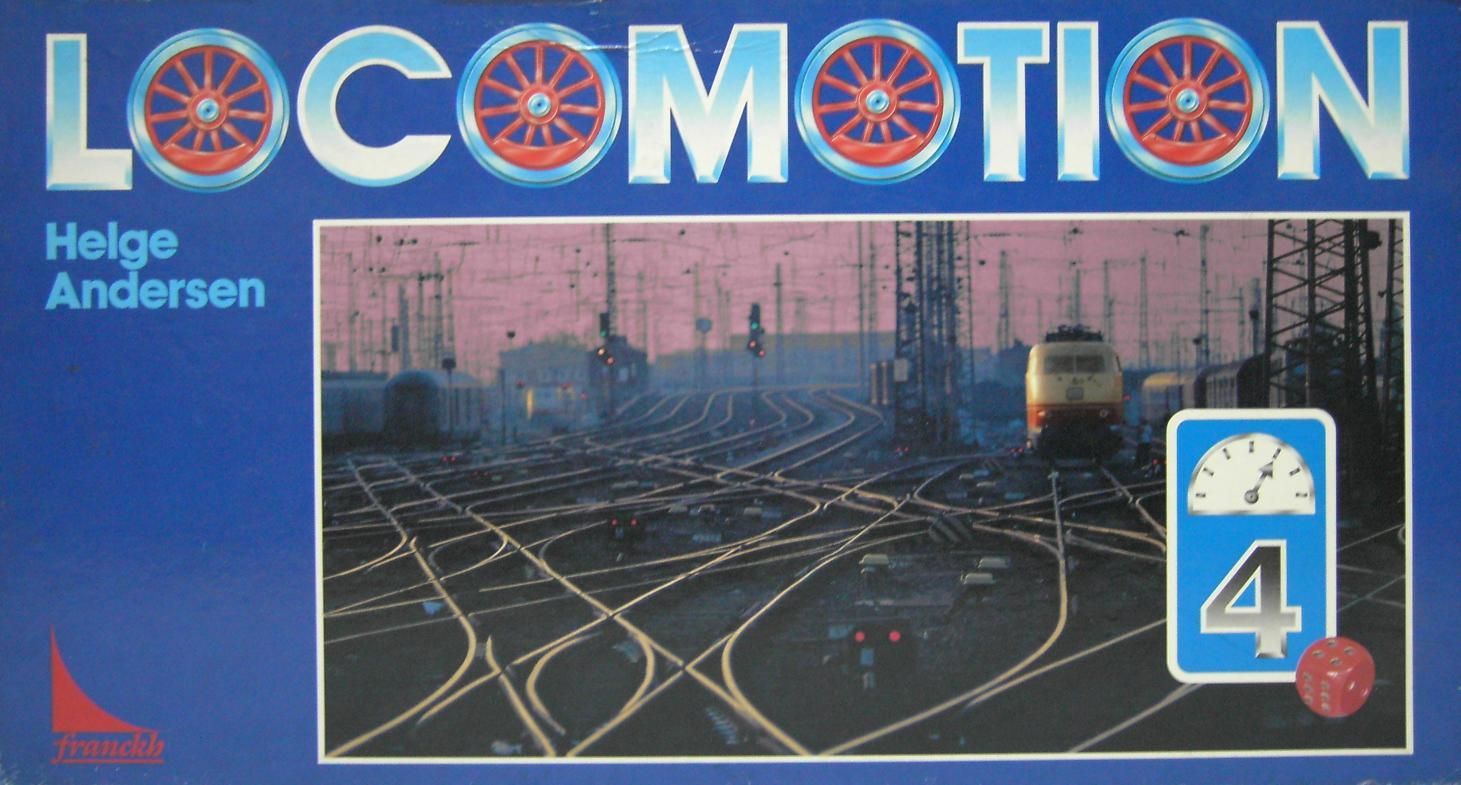 This railroad game is inspired by Sam Loyd's switching problem. On a variable network of tracks players have to couple four different railroad cars to their locomotives. At the beginning all players build the network of tracks together (45 pieces or less). Then all four locomotives and 16 railroad cars are placed at random on the tracks, but it must be possible to couple up to either end of it. The game is playable with or without rolling the die. A rules variant for solo play is included. There are two plagiarisms with identical material known: Guiness Zug um Zug and Nestle Zug um Zug.