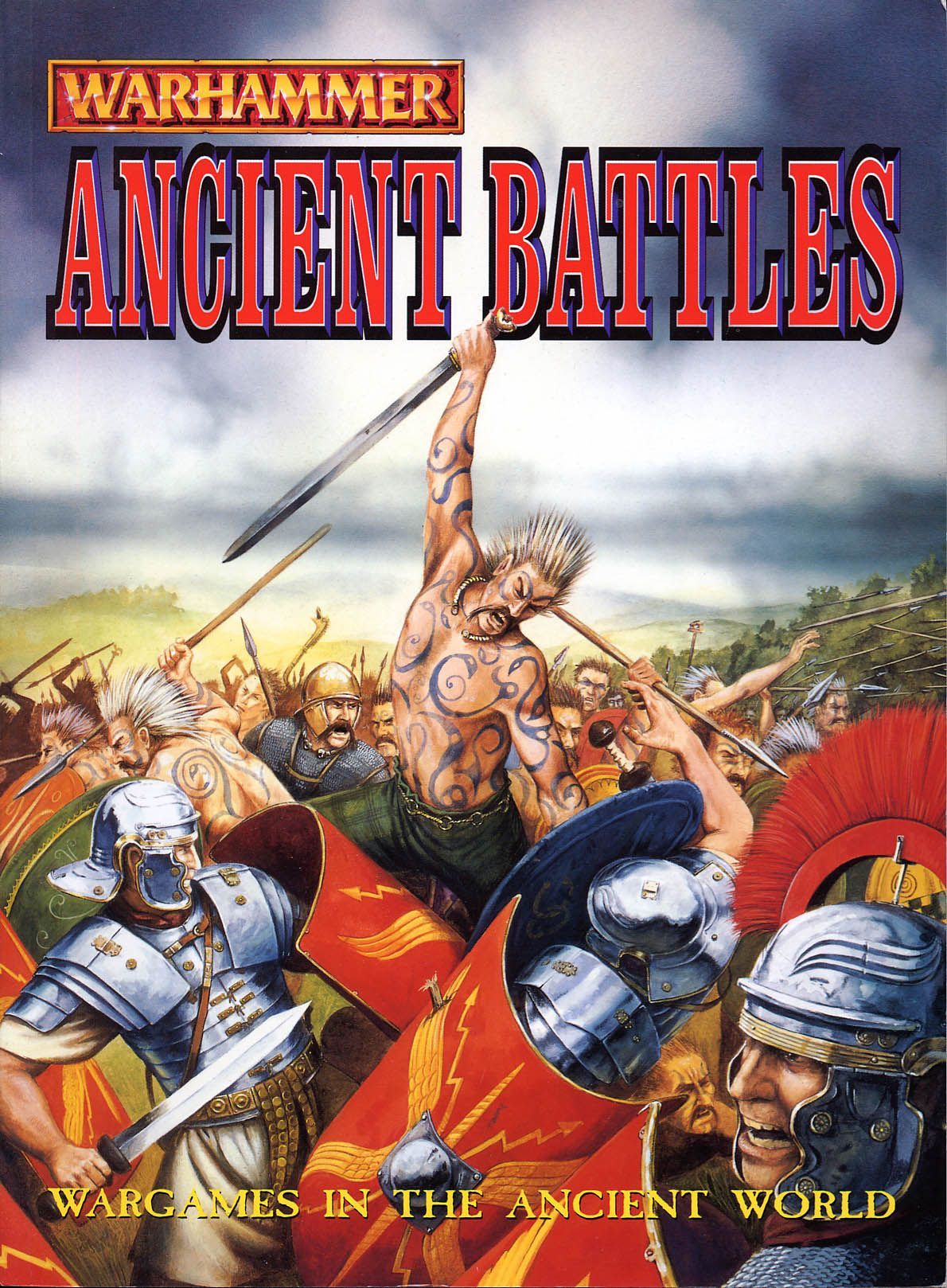 Warhammer Ancient Battles is a historically-orientated version of the popular Warhammer rules. Originally created as an independent spin-off from the Warhammer Fantasy Battle rules, it was subsequently brought back in-house at Games Workshop and now functions as a separate division of the company. Some of the rules inconsistencies that the parent game is so famous for have been ironed out, as have some of the more outrageously unrealistic rules. Don't expect massive historical accuracy though: the emphasis is still on a fun, playable system over real historical or military realism. The rulebook tells you everything you need to play the game and comes with two generic army lists for "Romans" and "Barbarians". The authors actively encourage players to get their miniatures from a range of different manufacturers. Further army list supplements are available and you'll need to supply your own scenery too! Expanded by: Armies of Antiquity (1999) (no longer in print, replaced by the all the following...) Fall of the West (2000) Shieldwall (2002) Chariot Wars (2002) Alexander the Great: Rise of Macedon 359-323 BC (2003) Armies of Chivalry (2004) Spartacus (2004) Byzantium: Beyond the Golden Gate (2005) Hannibal and the Punic Wars (2005) El Cid (2006) Vlad the Impaler (2006) Age of Arthur (2007) Art of War (2007) Siege and Conquest (2007) Reprinted once, with the errata (version 1.5). Warhammer Ancient Battles, 2nd edition was published April 2010.