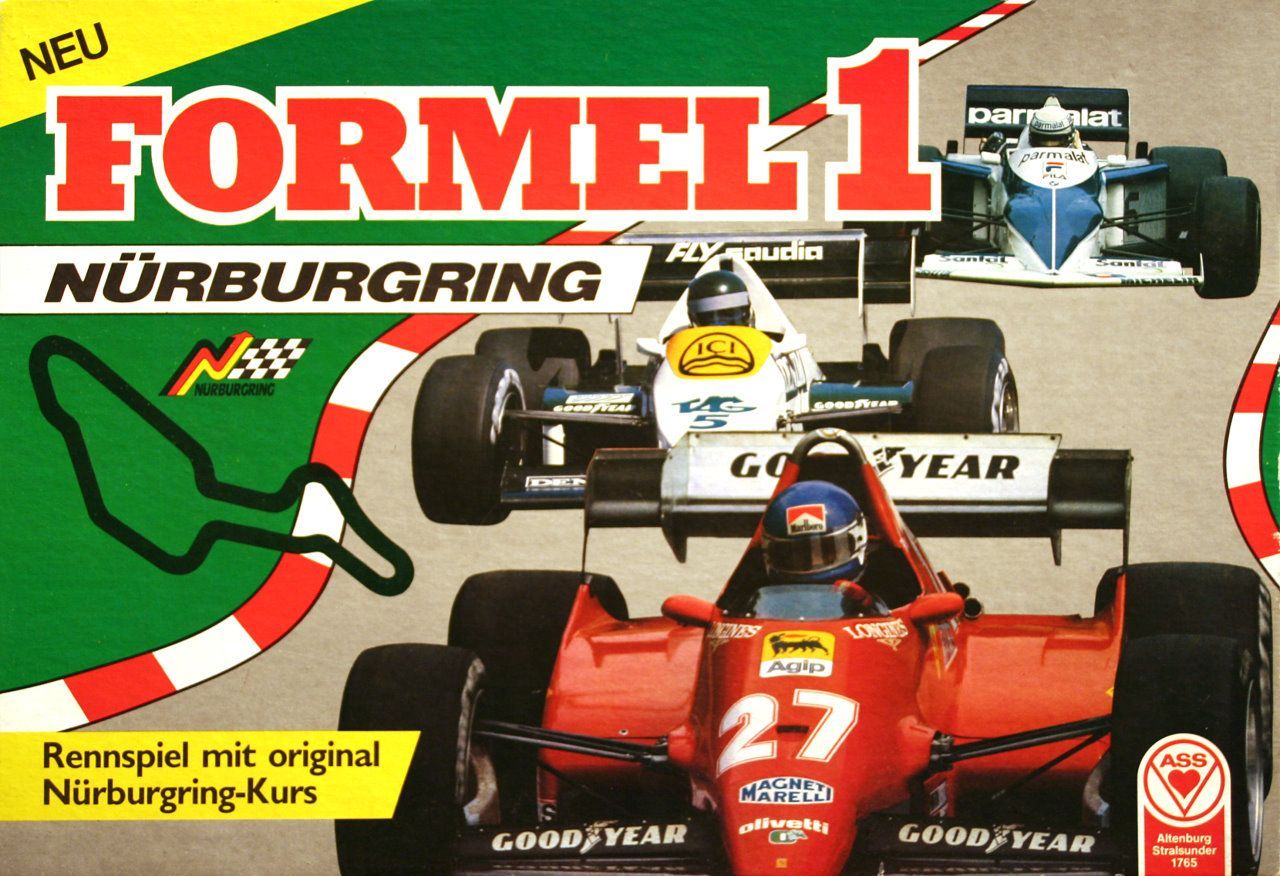 This is the second game in Kramer's Formel 1 (Formula 1) series of racing games. This is the essentially same game as Niki Lauda's Formel 1 produced about 5 years earlier but with a different board (the actual Nurburgring track in Germany.) The later games in the series include Detroit-Cleveland Grand Prix, Daytona 500, and Top Race. The basic mechanism of auctioning the cars and then playing race is there. This game also includes the infamous "White 10" which was considered too unbalancing to use.