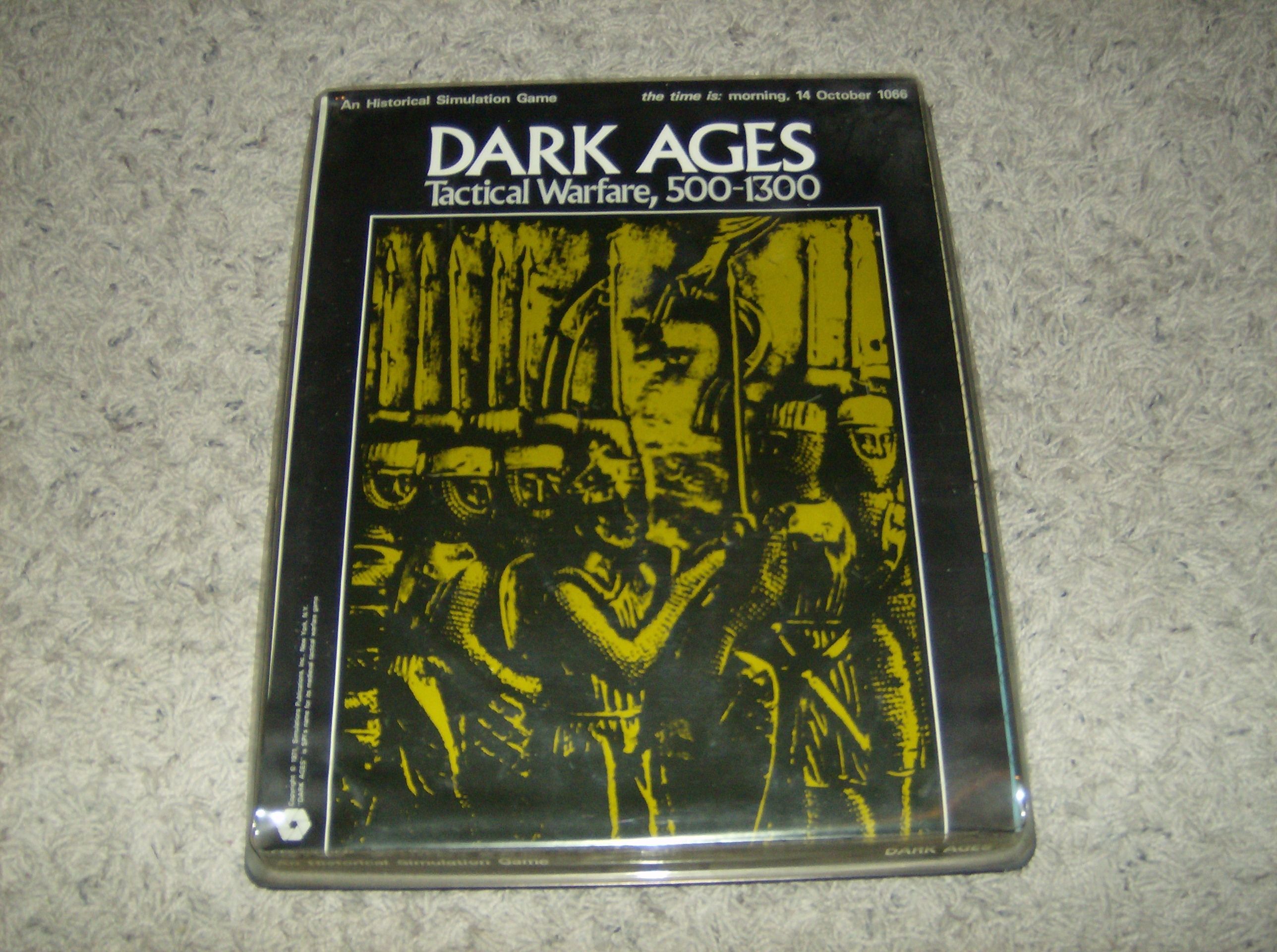 Tactical Warfare 700-1300 A.D. It covers all the major military systems such as the Vikings, Crusaders, Moslem Cavalry, Byzantine Legions and Mongol Hordes. It has 14 scenarios that cover the major battles from the Battle of Tours in 732 to the Battle of Liegnitz in 1241. It has one general map that all 14 battles are fought on, in different locations on the map. There are 6 types of infantry units, 4 types of cavalry units and Viking fleets. Victory is gained by destroying enemy units and a special rule accounts for the "panic threshold" of the troops. There are two types of combat, melee and missile. It uses an odds based combat results table, a terrain effect chart and a combat unit capability chart.