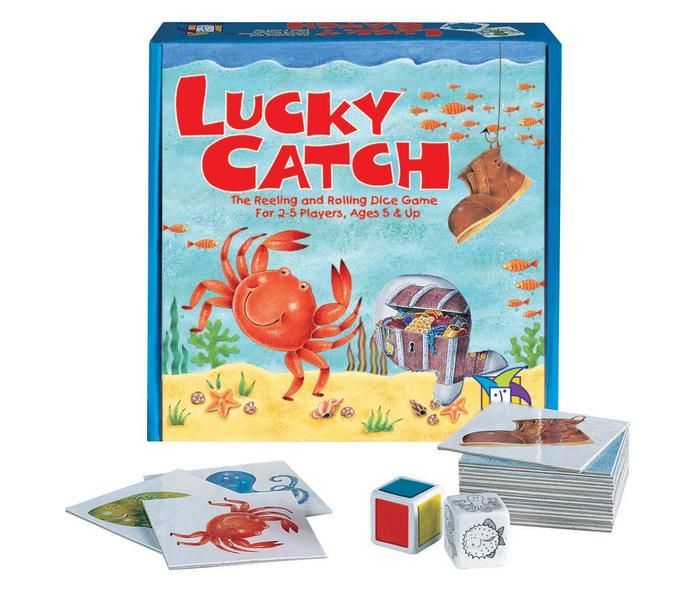 With this funny fishing competition, each player needs a good memory, otherwise he'll catch an old shoe instead of a fish. At the same time, all the players are trying to steal fish from each other as well. Who will be the most successful fisherman? Nice small Memory variant with players rolling a color die and a fish die to determine which fish they're supposed to find (catch). From Amigo: Fisherman`s Fritz arranges a fishing competition with his friends. Who is going to catch the highest number of fish from the lake? In doing so each fisherman should take care not to catch any shoes. At the same time he has to keep a close eye on the fish he has already caught, so that they are not snatched away by his dear friends. You can catch the highest number of fish with cleverness and luck and you win the game. Good fishing!