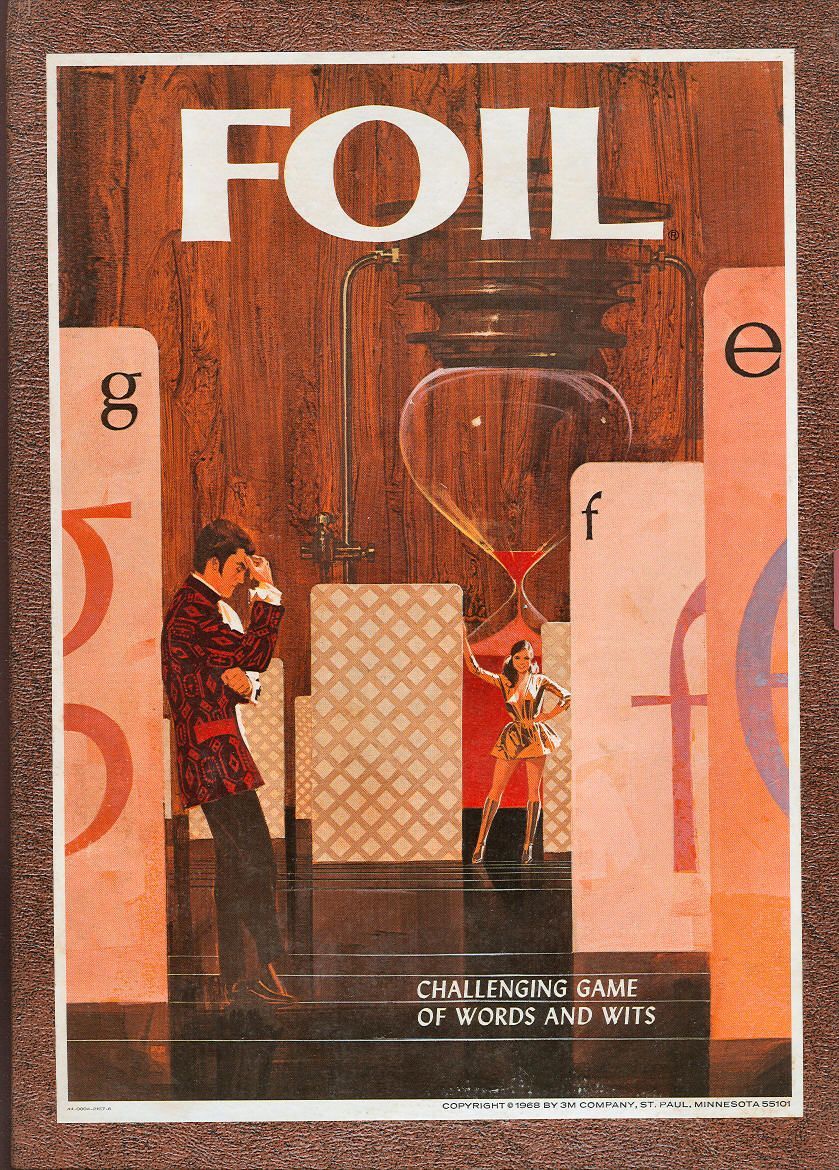 Foil is a word card game in which players draw and discard letter cards until one player can make words using all the cards in his or her hand. All players then shuffle the letters of words they have made and then have five minutes to unscramble the words of their opponents. Players score for words they have made, opponents' words unscrambled, and for forming words that no opponent unscrambles. Belongs to both the 3M Bookshelf Series and the 3M Gamette Series The game comes with 4 plastic card trays for holding draw and discard decks, a sand hourglass for tracking time, and 108 Letter Cards with alphabet letters varying in usage frequency based on the English language.