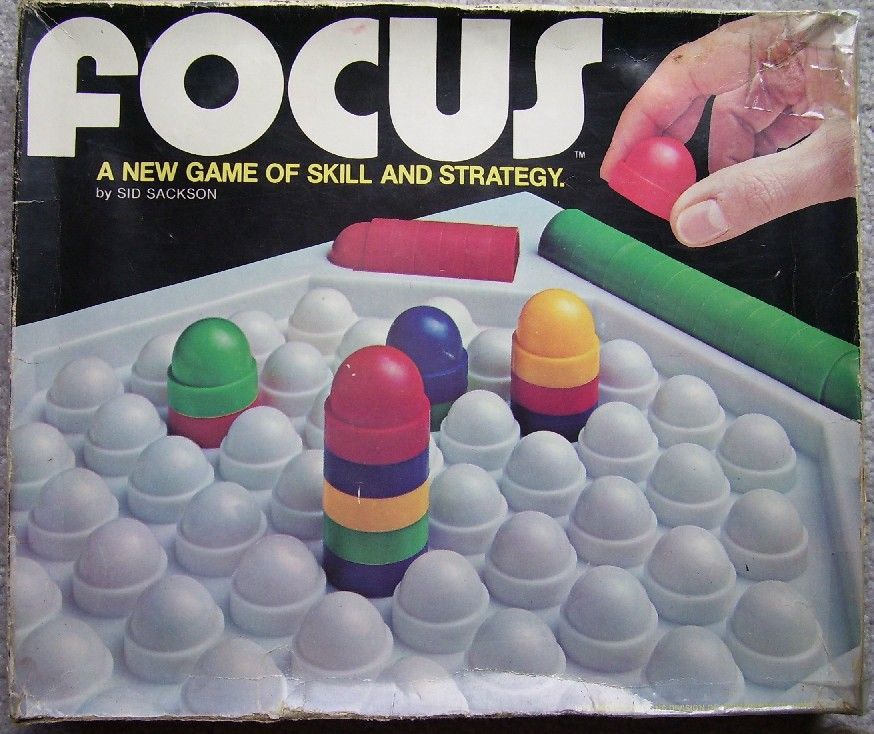 Focus (or Domination) is a Sid Sackson abstract strategy game in which players attempt to make moves and capture pieces in such a manner that their opponent(s) have no moves remaining. On a turn a player may move a piece or stack of pieces based on the number of pieces that comprise it as well as the number of pieces to be moved (e.g. 1-piece = 1 space, 3 piece stack = 3 spaces.) When a stack grows over five pieces, pieces from the bottom of the stack are removed to bring the stack back down to five. Pieces of a player's own color that are taken by that player are reserved to re-enter the game at a later time; pieces of the opponent's color are kept as captured. Reserved pieces can be entered on a turn in any space on the board in place of making a move of pieces; strategic use of reserved pieces can make the game by utilizing them to capture stacks controlled by opponent(s). Sackson includes the game In his 1969 book, A Gamut of Games. The book makes a reference to the Whitman Publishing Company production of 1965, along with reporting that the two-handed version was first described in the October 1963 issue of Scientific American Magazine. Re-implemented by: Stacked