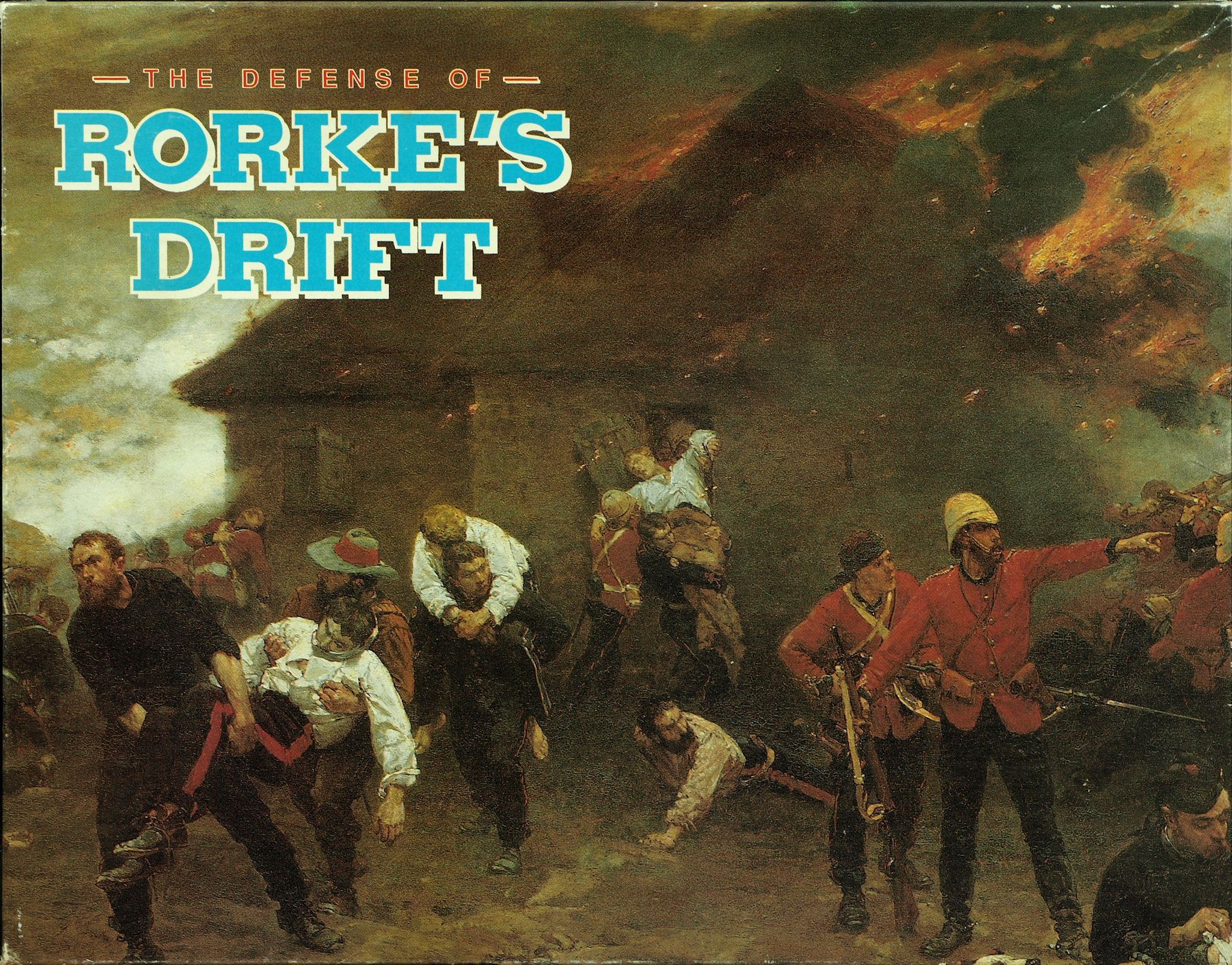 This is basically two games in one The Defense of Rorke's Drift (as per the film Zulu) and it can also be used to play The Boer War. The basic premise is a skirmish type game where one counter represent one British soldier or a group of Zulus, using a turn-based structure. 1. British move 2. Zulu move and place reinforcements 3. British rifle fire 4. Zulu rifle fire and spear throw attacks 5. Zulu melee followed by British melee There are a number of different scenarios included, one of which is suitable for Solo gaming