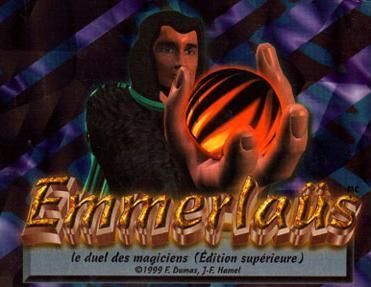 Non CCG card game that has a CCG feel, using a common deck. Base deck of 100 cards plus now 6 expansion packs available of 50 cards ["Power", "Communion", "Abundance", "Destiny", "Sorcery" and "Invocation"] each one add more depth to the game and greater challenges to the players. There's also 2 newer expansions of 25 cards each that adds a completely new dimension to the game: "Allies" and "Companions". While the expansion packs are add-ons, once purchased, you have all the cards in the series. This is not a true "ccg". From the instruction booklet: "This is a game of imagination and make-believe. As you are playing, never forget this: you are a great mage of forgotten times. Imagine yourself as what you would like to be. Picture yourself as such." Each player starts with 50 hit points. During the game if you lose all your hit points and get to zero or a negative total, you are considered dead and must leave the game. The other players keep on playing until there is only one player left. You can play with up to 10 players and games can go from as fast as 10 minutes, to a long hour! It all depends on your decision and your skill at "rolling the dice".