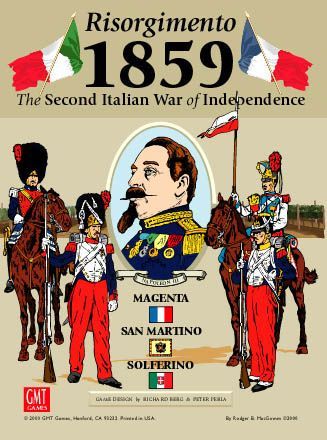 The game covers the 2nd Italian War of Independence. The Piedmontese, the Italian province pressing the issue, had gotten Napoleon III and the French Army to help them. Garibaldi and his partisans were most effective in creating havoc. And the Austrians were woefully weak in high command ability and unit moral. The box contains two different games. One is a campaign game using a point to point map system. The other is a more traditional hex and chit system of combat and covers the major battles of Magenta and Solferino. The maps are the usual high quality product found in many GMT games.