Buffy the Vampire Slayer: The Board Game - Universal Statistics 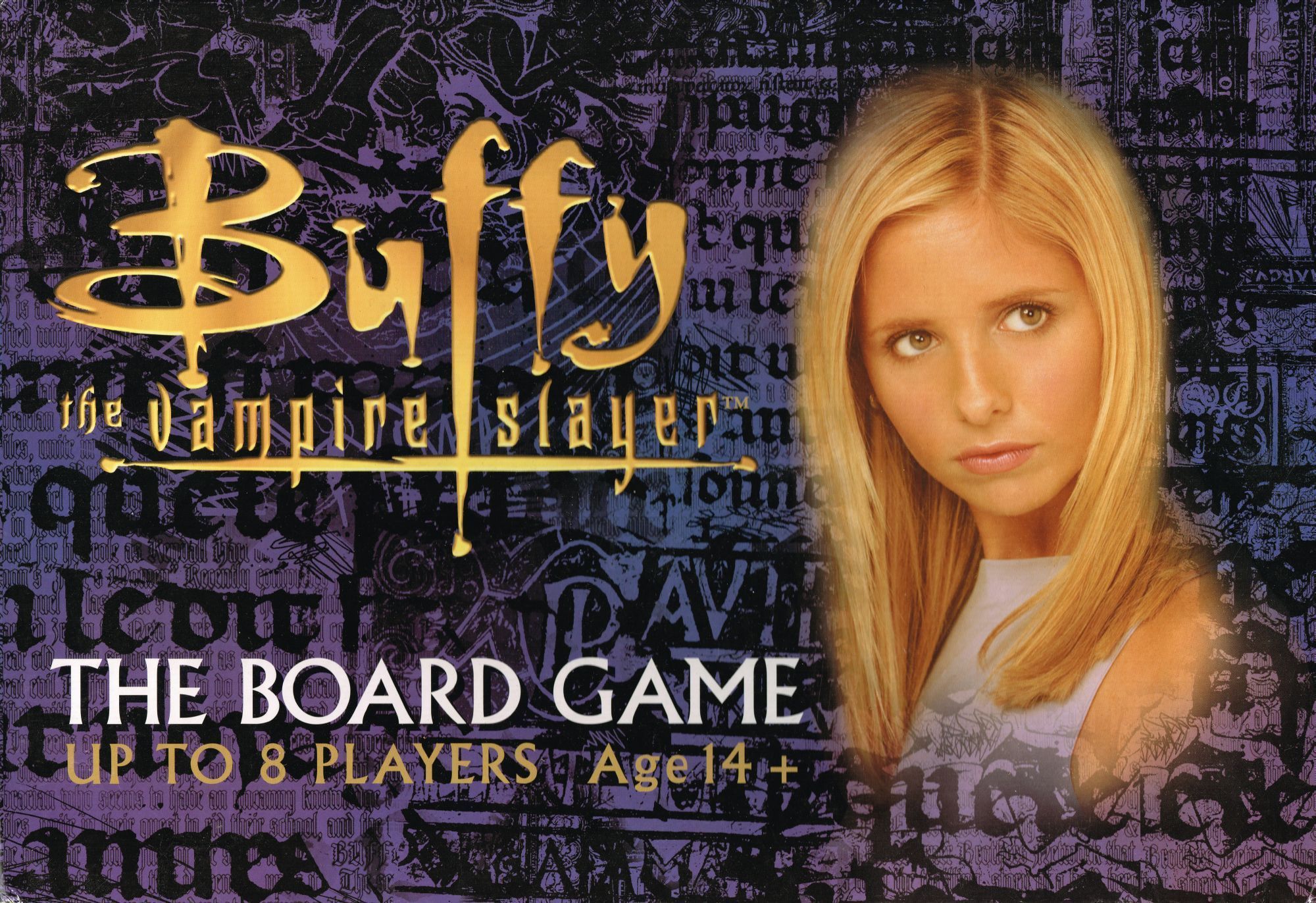 Each player takes on the role of either a human or vampire in the battle for control of the town of Sunnydale, but just who is hunting whom? You must be vigilant and find your allies before your enemies can unite against them or you. Players control coloured pawns that represent characters from early in the Buffy TV series, both good (Buffy, Giles, Xander, Willow, and Cordelia) and evil (The Master, Drusilla, and Spike). The twist is, no-one knows which pawn you control, or which character it represents. At the start of the game each player is given a colour card and a character card, kept secret from the other players. Unowned colours and characters are still in play, not controlled by any player. Each turn players can choose to move any pawn they wish, not just the colour they control. When you move a pawn into a space that's already occupied, you may choose one player (or unowned group of colour and character cards) and ask to see their colour. If that colour pawn is present in the space you just moved to, you may ask to see their character card. You cannot reveal this information to the other players. Once this phase is complete, anyone who controls a pawn in that same space may reveal their colour and character cards to everyone and start a fight. The losing side has to drop a character involved in the combat (and the associated player, if any) from the game. Play continues until it's established that all remaining players are on the same side. Same theme and nearly identical name, but a different game from Buffy the Vampire Slayer: The Game.