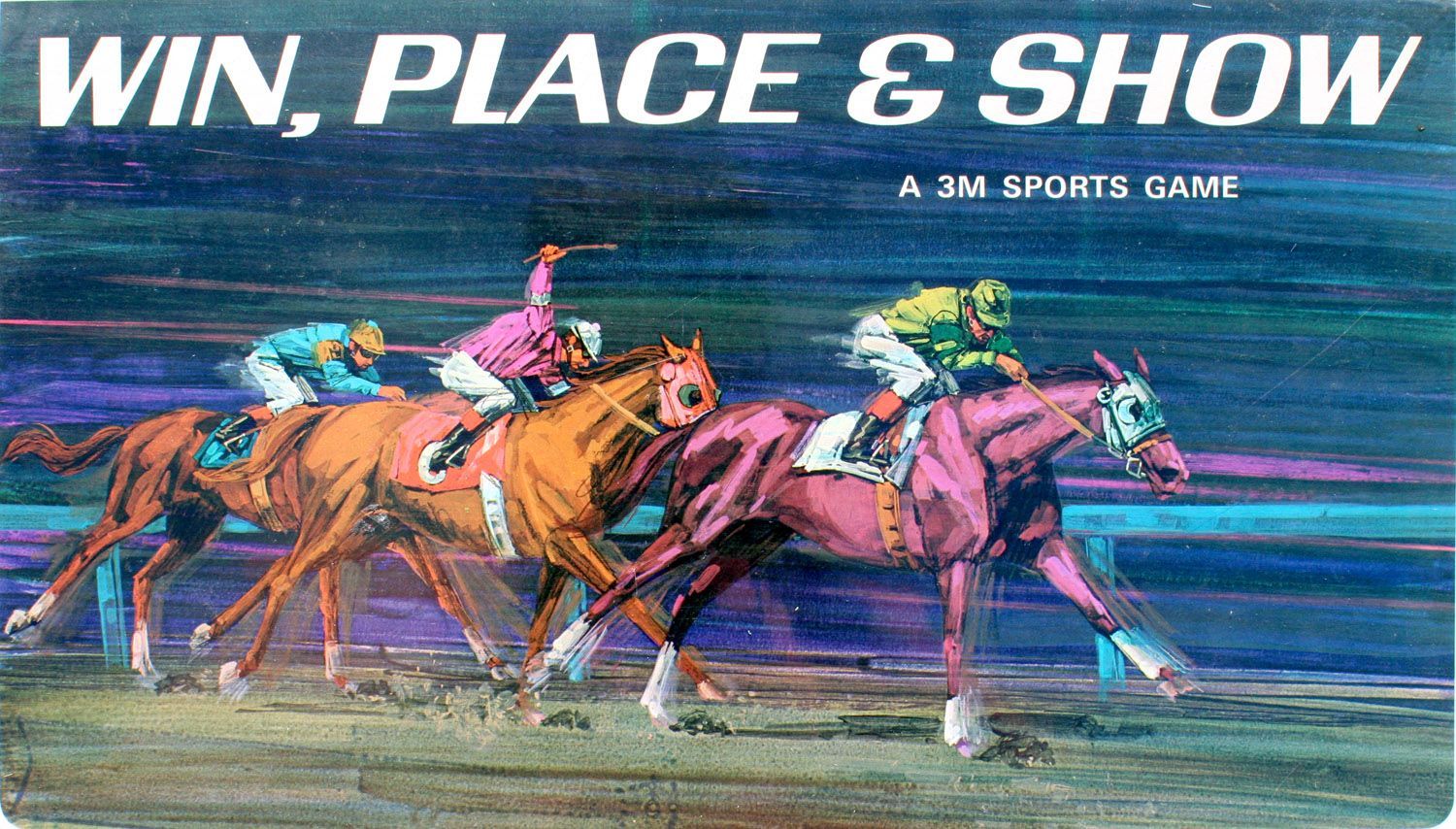 A race meeting consisting of 6 races, each with 6 horses of varying power and characteristics. Board shows an oval track of six lanes, straightforward in straights but graduated on the curves. Although dice play a part in the game there is plenty of room for skillful maneuvering in the course of each race, which can be from 5 furlongs to 1 1/4 miles. An important part of the game is provided by certain marked squares: if you can get your horse to stop on one of these it can overtake one horse ahead of it in the same line, which can be vital considering that only two swerves are permitted in each turn (only one if the jockey is an apprentice). Every horse has a distinctive racing pattern (slow or fast starter, stayer or fader etc.) represented by a set of numbers, one for each turn. These numbers are added to a single dice throw (common to all the horses), so that the speed of each race can vary substantially. There are many other interesting factors too numerous to describe in a short review. Odds on each horse are pre-set and depend largely on the number patterns described above. Originally released as part of the 3M Sports Games line.