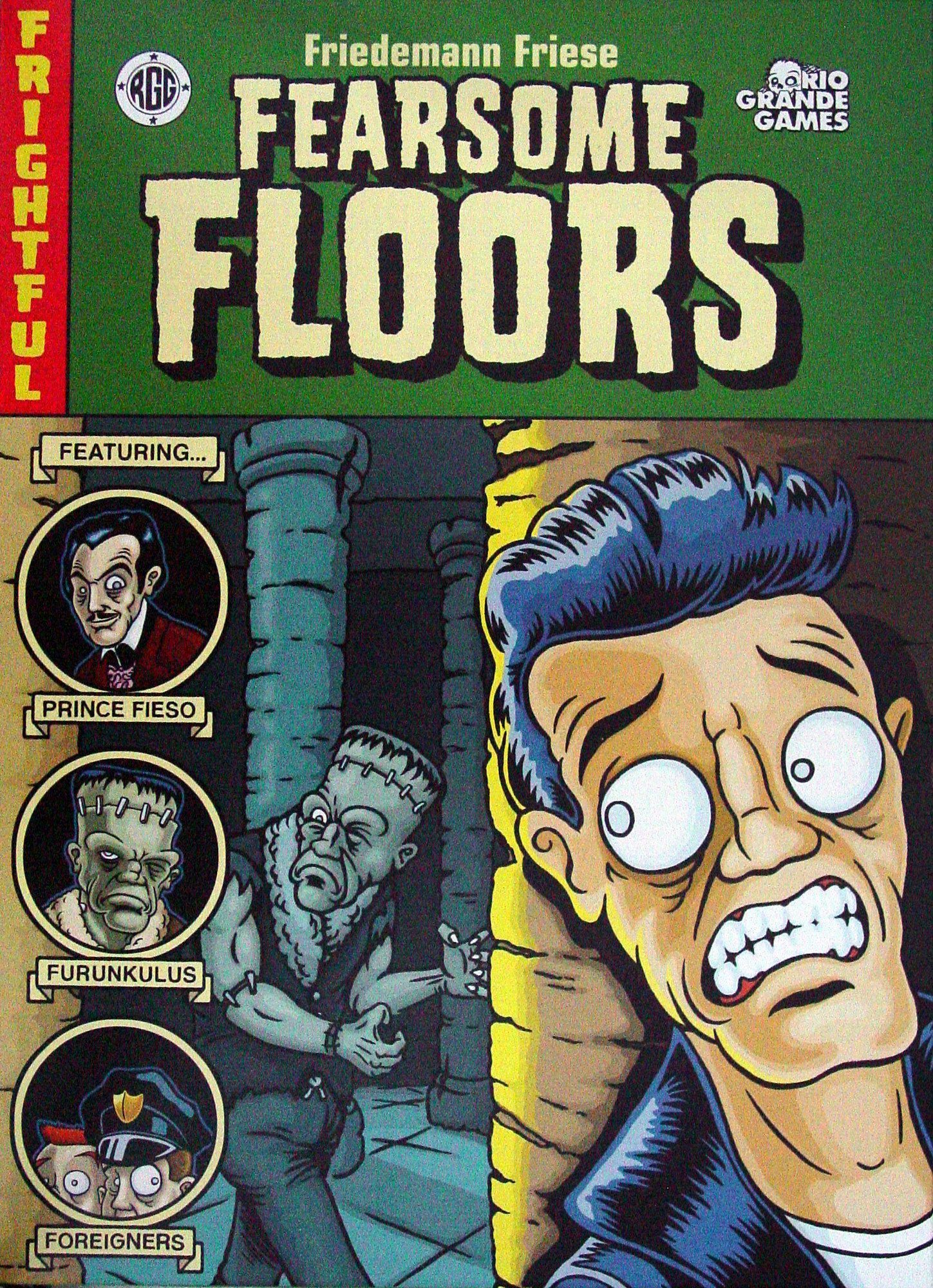 The storyline in Friedemann Friese's Fearsome Floors (aka, Finstere Flure) continues the FFF-saga from Friese's earlier game, with players trying to escape from Fürst Fieso. Story aside, what we have is a wonderful race game in which the players must move through a dungeon as quickly as possible – or at least within 14 turns – before it crumbles over their heads. Players could reach the exit in only seven turns if everything were peaceful and quiet, but unfortunately the dungeon is also the home of a very hungry monster! Each round, players take turns moving one disk at a time, flipping over the disk after moving it to reveal the movement points available for the next round. They can try to lead the monster, who is always after fresh prey, to opponents' pieces, but they may find themselves eaten instead! Pieces can slide along blood slicks or might be crushed between a boulder and a wall. You can even try to get the monster to teleport to another part of the board, where it will fall upon its next victim!