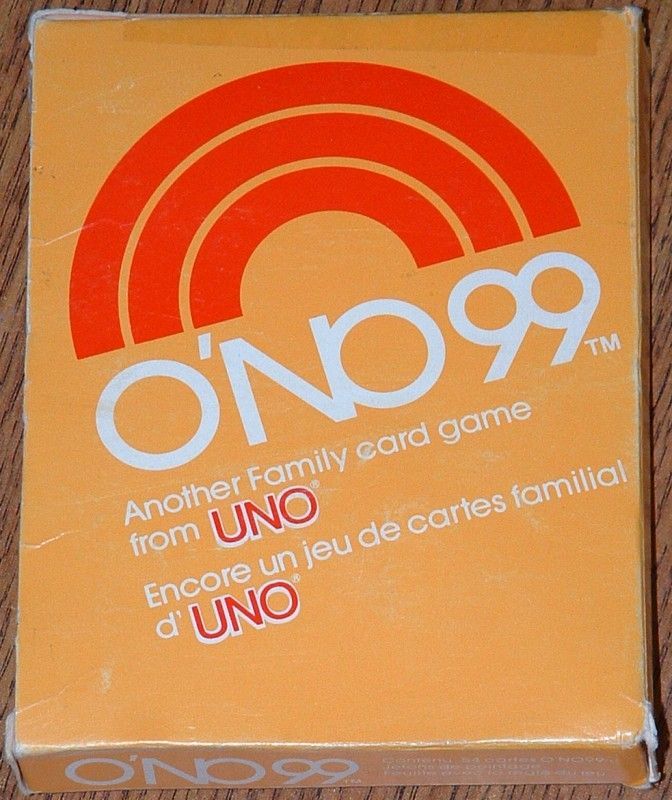 Another in the line of Uno styled and themed games. The object of O'NO 99 is to avoid totaling 99 points or more, which would cause you to lose that round of play. If a player loses four rounds, they are out of the game. The deck consists of 54 cards; three each of 2s through 9s, four Holds, six Reverses, ten 10s, four -10s, two Double Plays, and four O'NO 99s (which count only as hand-fillers); there are also 24 tokens that are used to keep track of losses - a player surrenders a token when they lose a round. Each player starts with four cards and three tokens; on their turn, each player draws one card and then plays one from their hand, all the while the total on the table increasing until 99 is reached. The player that ends their turn on 99 points (or more) loses the round and surrenders a token; those with no tokens left are out of the game. Last player with remaining tokens wins.