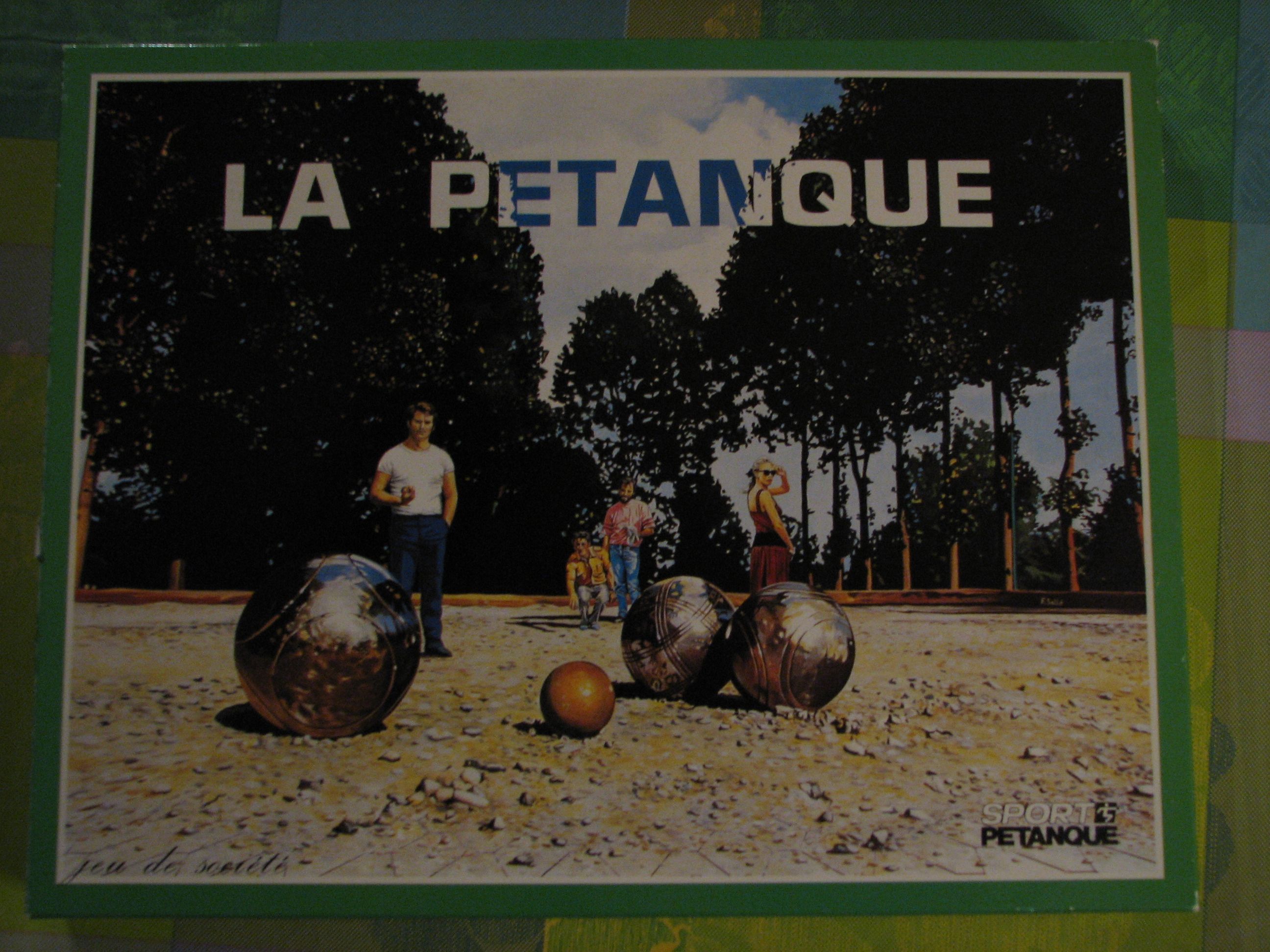 This is the simulation of the French team sport named La Pétanque (2 vs 2 players). Game contents : - The boardgame (Hexa cases)simulates the playing area with sand, soil, pebbles... - Rules book - 4 dice (6 faces) - 18 balls markers (2 colors) - 4 markers "Position" - 4 markers "cochonnet" (small balls) In each team there is a thrower and a shooter. The thrower has to send balls (from the start position) close to the cochonet to try to make the point. The shooter has to hit enemy balls with his to try to make the point. Ball throws, trajectory and ball shot resolution are made with dice. When a team has the point, it's up to the other team to play and it has to decide to throw a ball or to shoot at an enemy ball to win the point. When each team has played all the balls, the round has ended. The way to count the winning points for each round is to have the maximum team balls markers as close as possible to the "cochonnet" marker. Only the team who wins the round adds his points to his total score. The first team who gets 13 points wins the match.