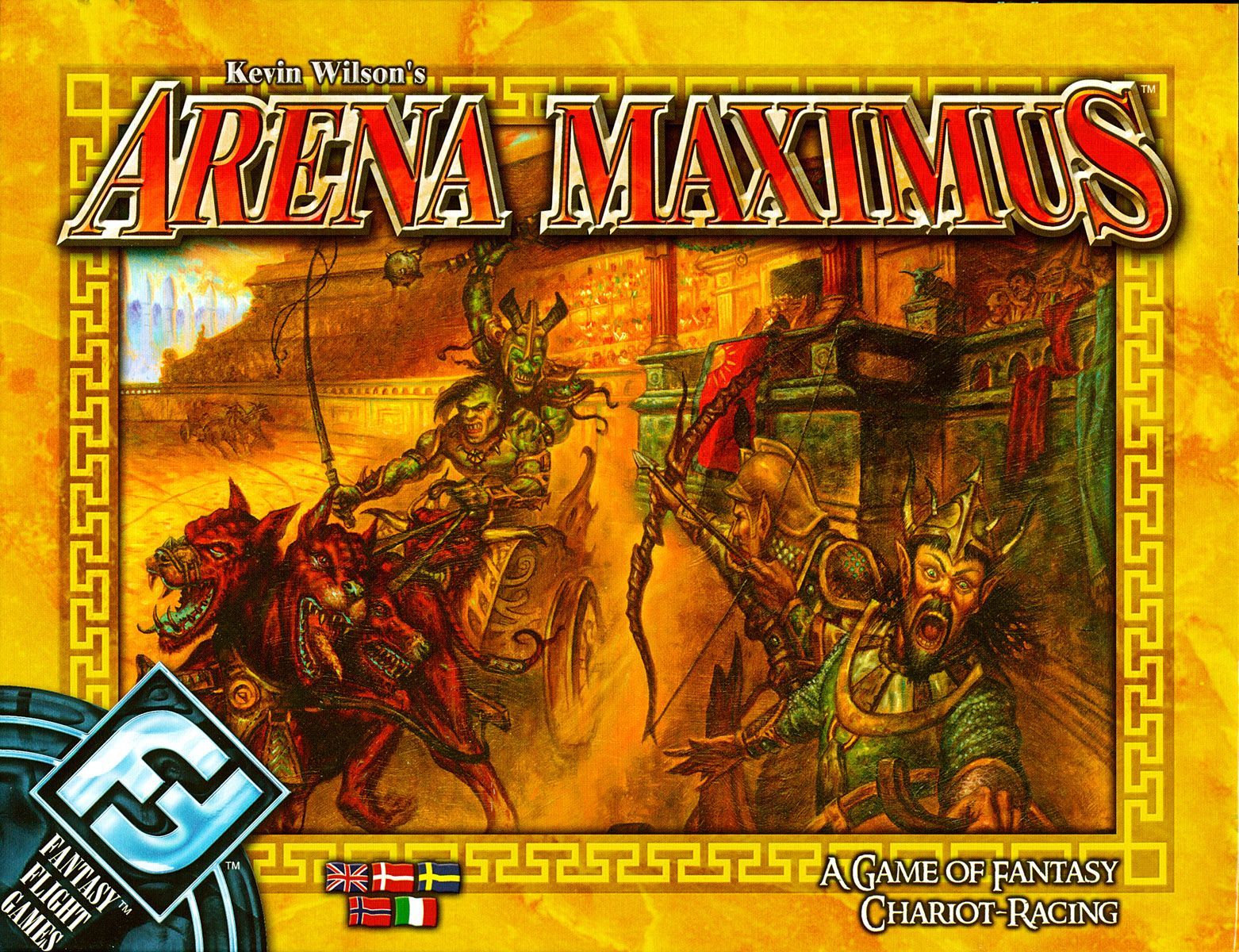 From the publisher's web page: A FAST-PACED GAME OF FANTASY CHARIOT RACING! For the glory of the Emperor, these brave charioteers stand before you today to face the deadliest race track ever devised - Arena Maximus! The winner will receive the laurels of victory and the mantle of immortality from the Emperor himself. The losers will die and be erased from the annals of history. Will you dare to wager everything on one race? Immortality or oblivion await you on the Arena Maximus! Pit your team against your opponents' charioteers on a track complete with traps, pitfalls, and other hazards. Race to be the first to finish, but remember - the faster you go, the more likely you are to crash! If you find yourself falling behind, call upon your arsenal of spells to skirt the dangers of the arena and get back in the running. However, don't fall too far behind, as there's only so much magic can do. Arena Maximus is a chariot racing game filled with thrills, spills, and spells for 2-5 players.